A part of the Maharashtra's famous ashtavinayaka pilgrimage tour, Varad Vinayak is holy shrine located in the Khalapur taluka of Raigad district. One can even see the traces of temple in many of the ancient Puranas.

History behind the Temple

The history behind the temple goes like this; once upon there was king of Kundinya, Bheem was wondering in the jungle with his wife to meet Lord Ganesha. Bheema then performed penance, thus impressed by his devotion, Lord Ganesha blessed the couple with a son, whom he named, Rukmangad. Years later, king delegated all the powers to his son and started following the path of vanprasthashram’. One fine day, Rukmangad went on a hunting trip. During the journey, he came across the ashram of Rishi Vachaknavi. Sage, Rishi Vachaknavi, was taking a bath at that time in the river, and his wife was standing right at the bank. At first sight, his wife, Mukunda, fell in love with the prince and asked him to fulfill her desires. When Rukmangad refused the wishes of Mukunda, Rishi Vachaknavi cursed him. The situation became so severe that Lord Indra took the form of Rukmangad and fulfilled Mukunda physical desires. After few months, Mukunda gave birth to a son, whom she named Grutsamada. When Grutsamada came to know about the story, he started feeling ashamed and started praying to Ganesha for a reprieve. Ganesha, impressed by his devotion, granted him a boon saying that the will bear a son who would not be defeated by anyone other than Lord Shiva. Also, Grutsamada requested Ganesha to bless the forest and settle there permanently. Later, a temple was built and a statue was installed in the temple. Today the forest is known as Bhadraka.

Like its history, the architecture of the temple is equally interesting. Inside the temple complex, there is a huge hall which is crowned by a tower-like Shikhara. Also, there is a sanctum, which features the rock cut east-facing statue of Ganesha on a rock-cut throne, flanked by riddhi-siddhi. The main statue of the temple was the discovery of Dhondu Puskar in 1690 CE. Varad Vinayak temple comes to life during the festivals like Bhadrapath, Magh, and Sankashti Chaturthi. 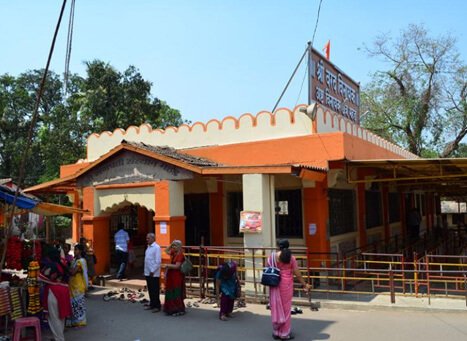 Around Varad Vinayak, one can find many attractions that are worth a visit like: