A must visit on a trip to Kolhapur, Jyotiba Temple honors Jyotiba (Dattatreya), the incarnation of three gods: Brahma, Vishnu, and Mahesha. Situated at an elevation of 3124 feet, Jyotiba temple features 12 ‘jyotirlingas.’ According to legends, Jyotiba was formed to kill the demon Ratnasur. Temples within and around the complex were reconstructed by the successors of the Scindia and Chavan. To reach the sanctum of the temple, tourists will have crossed 100 plus stairs. Although the temple remains crowded with tourist throughout the year, but it is during the Chaitra Poornima fair that the temple gets decked in its best.

According to the legends, Bhairav was brought from North India and installed at Wada Ratnagiri by the goddess Mahalakshmi in order to kill Ratnasura, a demon. Though the temple is quite ancient but time and again it has been renovated. The current structure of the temple was built by the Scindia family of Gwalior. Main deity of the temple is the form of ‘Shivlinga,’ also known as Kedareshwar. Besides, there is an idol of Yamai and Chopadai.

Mesmerizing beauty of the temple can be witnessed throughout the year but during the special Chaitra Poornima fair, the temple looks spectacular. An annual fair takes place on the full moon night of the Hindu months of Chaitra and Vaishakha. 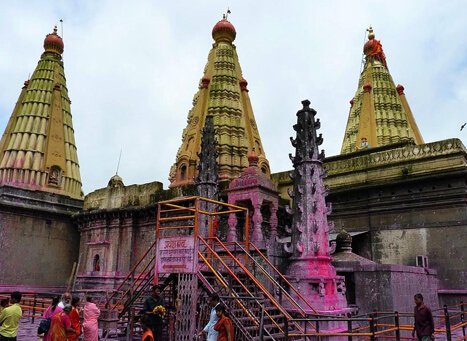 When on a pilgrimage tour to Kolhapur, make a point to visit the following attractions like: