The wildlife of India is diverse and its national parks and biosphere reserves are home to many endangered wildlife species like Royal Bengal Tigers and Red Panda, the vulnerable one-horned Rhinoceros and Snow Leopards, and critically endangered Great Indian Bustard, among many other species of flora and fauna.

The oldest national park in India is Corbett National Park. Sprawling in the foothills of the Himalayas in Uttarakhand, this national park was established in 1936.

It is spread in 520.82 sq km area, and is home to a rich flora and fauna, including the Royal Bengal Tigers.

Some of India's national parks have been recognized by UNESCO as World Heritage Sites.

According to a study, India is among the 17 megadiverse countries which together possess 60-70% of world’s biodiversity. The national parks and wildlife reserves in India are home to around 400 species of mammals and 1300+ species of birds.

These wildlife reserves are home to some rare and unique wildlife species like the Indian Sloth Bear, the Chausinga (four-horned antelope) and the Barasinga (swamp deer). In fact, India is the only country where both tigers and lions can be found. It also boasts the highest deer and tiger population in the world.

Some of the Best National Parks to Visit in India

There are around 104 national parks in India spread across the country’s length and breadth. These wildlife parks are home to a variety of animals and birds, and some of them are the safe shelters for unique and threatened animals like one-horned rhinos and Royal Bengal Tiger. Some of the top ones on the list of national parks are:

India is home to more than 1300 species of birds and about 467 Important Bird Areas (IBA) which include 59 bird sanctuaries. These sanctuaries and IBAs are inhabited by birds like Indian peafowl, pheasants, quails, francolin, hornbill, and snowcocks. Some of the top bird sanctuaries on the list of wildlife adventure are:

Most of the national parks and wildlife sanctuaries in India are open between October and June. In the monsoon season, most of the wildlife reserves close down between July and September. The best time to visit the national parks in India are between October and March, when the weather is pleasant in most parts of the country. The average winter temperature in India ranges between 0°C - 20°C in North, Northwest, Northeast, and Central India, and 18°C - 25°C in South India.

There are some national parks in India that remain open/partially open in the monsoon season.

Accommodation in & around National Parks

The staying options near national parks in India can be found in abundance and in variety. Accommodation ranges from budget hotels to luxury and boutique hotels depending on the popularity of the national parks. While budget accommodation and mid-range places to stay are available around every wildlife reserve, luxury/4-star/5-star properties are available around popular national parks like Corbett, Ranthambore, Kaziranga etc. In Corbett, one can also have the opportunity to stay inside the forest, in a lodge. 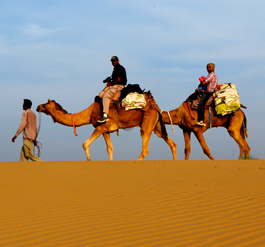