Reckoned as one of the ‘Kashi of the South,’ Harihareshwar Temple is an ancient temple, sacred to Lord Shiva. Hugging the beaches towards the northern edges of Harihareshwar, the temple is a melange of natural beauty and spiritual enhancement. What makes that temple even more religiously significant is that the holy river Savitri that originates at Mahableshwar merges with the Arabian Sea at Harihareshwar. Harihareshwar temple is also known as ‘Devghar’ or ‘House of God.’ Inside the ancient temple, there is 'linga.' In the medieval period, Peshwas contributed towards the construction of the temple.

Believed to be built in late medieval period, the main deity of the temple was the ‘kuladaivat’ of the Peshwas, the prime ministers of the great Maratha Empire. 'Pradakshina Marg' around the temple was built by Chandrarao More. Even in 1674, Chatrapati Shivaji Maharaj has also visited the Harihareshwar temple. Later, the temple was even renovated completely in 1723 by Bajirao Peshwa I after having been almost destroyed in a fire. Inside the main sanctum of the temple, there are idols of Shiva, Parvati, Vishnu and Brahma in the shape of a linga. Quite close to the temple, there is are other two temple - Lord Kalbhairav and Goddess Yogeshwari, which are also must visit.

Besides, tourists can also visit the Himmatgad Fort, which can be reached by a ferry ride. With two pristine and unspoiled beaches - one to the north and the other to the south of the temple, Harihareshwar carries the tag of a beach resort as well.

October to February is a good time to visit the temple as the weather remains pleasant and cool. 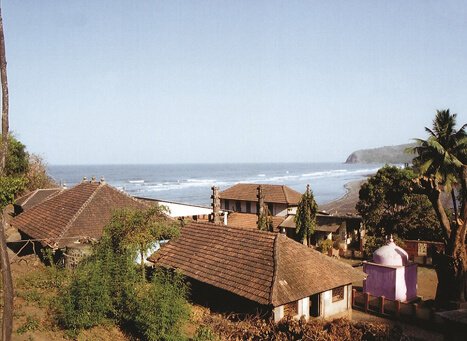 Harihareshwar is bestowed with some of the finest temples and beaches, which makes it one of the top tourist attraction of Harihareshwar. So whenever on a trip Harihareshwar temple, make a point to cover the following attractions: