Christianity is one of the religions that is not originated in India, but has a glorious relationship with the country and its people. The legend behind the introduction of Christianity in India states that in AD 52, St. Thomas sailed from Eastern Asia and was first to convert many Indians into Christians. After showing many miracles in Tamil Nadu and Kerala and evangelizing Indians, he is still worshiped as a martyred saint in Madras and was buried in the San Thomé Cathedral's site. In the earlier days, many Roman Catholic missionaries especially the Portuguese directed by the Jesuit Saint Francis Xavier entered the west coast from their bases in order to convert many natives to Christians. Starting from the eighteenth century, missionaries continued their work throughout the country and lead to the formation and growth of many Christian communities.

Surprisingly, even today the undecayed body of Saint Francis Xavier is available for public view in a coffin made of glass that is placed in Goa at the Basilica of Bom Jesus. Starting from the eighteenth century to the present time, one can witness the growth of a variety of Christian communities.

Christianity worships Jesus and regards him as the awaited Messiah of the Old Testament. Born in Bethlehem of Judea in 4.B.C, Jesus Christ lived as an ordinary carpenter in Nazareth until he turned 30. After that, he lived an active public life for almost three years. During those years, Jesus taught the people that God is a merciful Father and insisted people to show their love towards god by loving their fellowmen without any restriction or difference. With his exceptional preaching, he became a revolutionary figure for many Jewish religious leaders.

The Bible- The Holy Book Of the Christians

The holy book of the Christians, Bible is believed to be written under the inspiration and guidance of God. It has two main parts i.e. "The Old Testament" and "The New Testament". The Old Testament has 46 books within it and presents the beliefs of the early Christian church. It also provides the detailed history of Jewish people who lived approximately 2000 years before Christ. On the other hand, The New Testament has 27 books in it and presents the preaching and life of Jesus Christ, his death and rebirth, the escalation of Christianity in the early years along with Apostles' message sent to different churches.

In addition to these, there are many other Christian pilgrimage sites in India.

At Tour My India, we respect your spirituality and religious sentiments. Keeping your faith and love towards Jesus, we offer some of the best Christian pilgrimage tour packages that can help you in connecting with your God and feeling its presence in this materialistic world. Our main objective behind offering this highly exceptional service is to make our contribution in boosting Christian pilgrimage tourism in India and help individuals in having a deep understanding of Christianity. 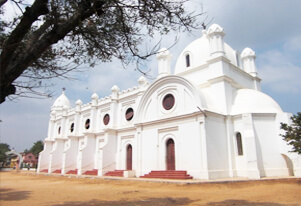 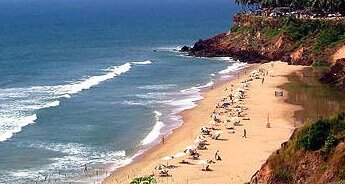