The Main Sanctum of the Temple

Inside the temple sanctum, a three feet tall granite idol of goddess Bhavani is gracefully adorned. The goddess has eight hands holding different attributes in each. The goddess is also known as Amba. To reach the main sanctum there are two entrances, Raja Shahaji Mahadwar and Rajmata Jijau. While entering the temple, tourists would come across Markandeya Rishi Temple and Yajna Kund. Sanctum of the temple is surrounded by many other shrines like Siddhi Vinayak Temple, Aadishakti Matangadevi Temple, and Annapoorna Temple.

History Behind the Temple

The history behind the temple goes like this: to disturb the feelings of Hindus and provoke a battle, Afzal Khan destroyed the image of Tulja Bhavani. Therefore due to an act of retribution, Afzal Khan was killed at Pratapgad. History of the temple is briefly mentioned in ‘Skanda Purana. 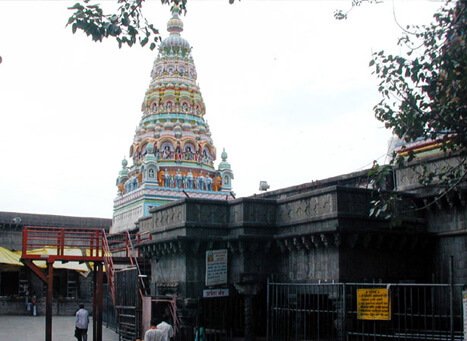 To reach the temple in Tuljapur, tourists can get buses from Osmanabad, Solapur, Barshi, and Latur. Further, take another bus or a taxi to approach the temple.

Tuljapur temple is located in the Osmanabad district of Maharashtra, which brims with many top rates tourists attractions. Have a look at the list of attractions mentioned below:

Where to Stay in Hingoli?