The Torna fort or the Prachandagad, situated in the southwest of the Pune district of the western part of the Maharashtra state, is a the major tourist attraction of Maharashtra tourism. The village base of Velhe is situated 50 km. from the city of Pune. This was the first fort to be captured by the Shivaji Maharaj in the year 1643, when he was just 16 years old and this formed the nucleus of Maratha Empire. This fort is perched at a height of 1403 meters above the sea level. The name of the fort is derived from the words, Prachanda, which means huge and gad, which means fort in Marathi. This hill fort Torna is known as the highest fort perched on a hill top in the district of the Puna Satara Highway at Nasarapur. Traveller need to take the road Nasarapur to reach the Torna Fort. It takes about 2 hours to see the fort properly. Various places can be seen around the fort, such as Budhla Machi, Zunjar Machi, Kothi Darwaja, Kokan darwaja, Menghai Goddess temple, Bini Darwaja, Sadar, Toranjai Goddess temple etc. This fort is now a heritage site.

Trekkers should avoid trekking in this region during the rainy season. The ideal time to trek here are the winter months. This is a popular camping ground for the trekkers, who carry their own camp equipment while going for camping there. The Mengai temple is a good place for staying inside the fort.

This fort is of considerable historical importance as it was the first fort to be won by the Maratha ruler Shivaji at the age of just 16 years. This Torna fort was captured by the Mughals in the 18th century after assassinating the great Naratha warrior,Shivaji’s son Shambhaji. The Mughal Emperor Aurangzeb renamed the fort as Futulgaib. By the “Treaty of Purandar” this fort was given to the Maratha confederacy. This Torna fort is an architectural marvel with a host of towers and monuments built inside the fort. It is a popular attraction of a Maharashtra tour.

The Torna fort is about 50 km from Pune and 220 km from the state of Maharashtra. Tourists can take a train or flight to Pune or Mumbai as these cities are well connected to major cities all over India. The trekkers can follow two routes to reach the Torna fort, such as the Torna trek from the Velhe that is return on the same day after a one day trek. The other trekking route is from the Rajgad fort, which is a 2 day trek and requires camping overnight. 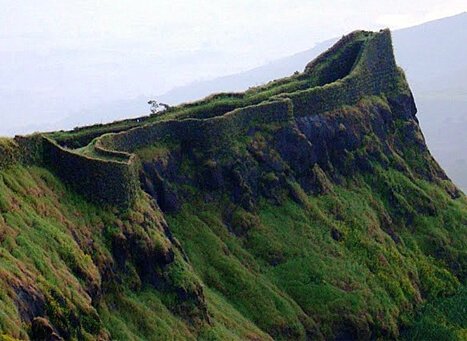 The fort is open all year round.

The entry to the fort is free.

The best time to trek is in the winter months from September-March. Tourists can enjoy winter holidays trekking in this region.