Shivneri Fort is one of the prime historical and tourist attractions of Maharashtra. This fort near Junnar located in the Pune district of Maharashtra is a military fortification that dates back as old as 17th century and lately considered as a crowd puller spot that boosts Maharashtra tourism. Shivneri fort is the birth place of the legendary Maratha leader Chhatrapati Shivaji Maharaj who was the founder of the Maratha Empire. The place has Buddhist domination around the time of the 1st century AD. The fort received its name from Yavadas of Devagiri. This fortified settlement was used to guard the business route that existed between Desh and the city port of Kalyan. Soon after the Delhi Sultanate lost its power, the fort passed to the Bahami rulers during the 15th century. It was from the Bahmani ruler Bahadur Nizam Shah II that Maloji Bhosale, the Maratha chief got the inter alia of Chakan and Shivner. The fort has a very strong architecture that proved to invincible in several attempts of infiltration by armies.

This fort holds the true heritage of the yesteryears and is one of the most favourite places or sightseeing. The fort received its true eminence from the legendary Maratha chief Shivaji Maharaj. Shivaji was born in the year 1630 on the 19th of February and his entire childhood was spent in this fort. In fact Shivaji was named after the goddess of Shivai Devi who has a temple inside the fort. The fort passed on to the hands of the Mughals which was again won over by the Marathas in the year 1762. Finally the control of the fort rested in the hands of the British.

There are a number of places to visit around this fort and these are also a part of the travel packages if you have planned your trip with agencies of Maharashtra tours - the most important being the temple of Goddess Shivai. There are about seven caves in the rock that is situated behind the temple. Once somebody enters the fort from the last door one can see the Ambarkhana which was the granary in the earlier times. One can also see the ancient water tanks of the fort. The memorial of Shivaji maharaj – Shivkunj is yet again another place to see in this place. The place where Shivaji was born is also a place to visit. The Kadelot Kada is another place that can be visited by the tourists visiting the fort.

The fort remains open for the tourists all through the week from 9 am to 6 pm, including Saturday and Sunday. 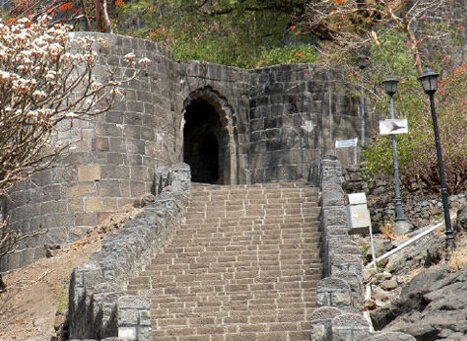 The fort is best seen during the day time. Actually the day time hours are the only time when the tourist shall be allowed around and inside the fort. The daylight shall allow the visitors to see the fort properly and also adhere by the rules of safety and security of the visitors. The fort can be visited during any time of the year; whatsoever the winters can be said to be the best time. This fort is also a favourite spot for trekking. Hence the winters are the most favourable time to visit the place. Monsoons are to be avoided as this is a time of the year when trekking can get very risky because of the slippery rocks. The fort is open on all days for the visitors to see the place.