Sajjangad Fort is a prominent tourist location and one of the many known hill forts of Maharashtra or broadly “western India”. Sajjangad which literally means ‘fort of good people’ is a fort that is located in a region that is near Satara. It is one of the prime tourism spots that attract a large gamut of people who come to the fort for either weekend holiday purpose or for sightseeing. The Maharashtra tour can never be considered complete without visiting Sajjangad. This is a fort that is not merely a place of historical eminence and relics. It is more of a devotional and a religious abode that happens to be the final resting place of the great 17th century Indian religious icon Sant Ramdas. Sant Ramdas’s teachings have been compiled into books like Dasbodh. Sajjangad hence is a very popular place for pilgrimage purposes and also reflects the ancient heritage of the place. Historical remnants say that the fort has a history that can be traced back a long time in the past. The fort has seen a number of authorities ruling over it and has been captured and recaptured by different political powers of the nation.

This fort was made by the Brahamani Emperors. Experts are of the opinion that the establishment and the construction of the fort can be traced back to the period of the Brahamani rule that continued between 1347 and 1527. The era between 1527 and 1686 saw the power of AdilShah dynasty crystallize over the fort. Soon the Mughal emperors defeated Adil Shah in war and took possession of the fort. In the year 1763 on 2nd April Shivaji Maharaj captured this fort. The fort that was earlier known by the name of ‘Parali’ later came to be known as Sajjangad. However the Mughal recaptured the fort again in the year 1700 on 21st April. This time the fort’s name was changed to Navrastara. The Marathas recaptured in the year 1709. Finally this fort came under the rule of the British in the year 1818.

The Sajjangad fort is some 18 km away from the city of Satara. Visitors can go to the fort from Satarat rajwadi. They can hire an auto rickshaw or can avail the bus system of Satara. You can also reach the fort via the NH4 high way from Mumbai which is 273 km away from the Fort.

The fort is open on all days and is especially thronged on days that are significant for the people following the paths, religion and doctrines of Sant Ramdas. Visitors are encouraged to come during the daytime. 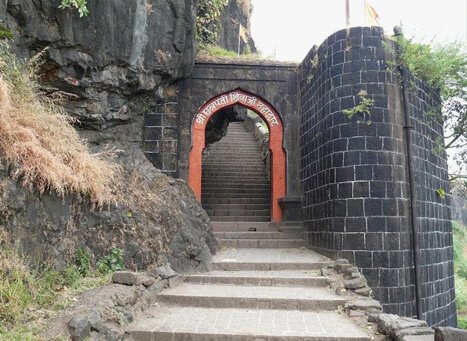 The entry is free of cost.

Visitors and tourists who have inclination towards history and heritage sites come here to witness the historical relics of the place and also for visiting the resting abode of Sant Ramdas. It can be called both a prime sightseeing place and is also a site with religious significance.

There are no best days as such for visiting the Fort. However the days when the fort hosts special religious events are the days when tourist can go to get the whole feel of the religious importance of the fort. Visitors can enjoy the fort as a historical place best during the winters.