The Pataleshwar Cave Temple is carved out of rock in the Rashtrakuta period in 8th century. The cave is now situated in Pune, in Maharashtra. At present the cave is situated on downtown Jangli Maharaj Road. It is government owned safeguarded monument. This temple is devoted to Shiva, the Hindu God. The sanctum of the temple has cube shaped room which is about 3-4 metres on all the sides and it is the abode of a linga that is Shiva’s symbol.

To the entrance of the cave is a Nandi Mandapa, circular in shape and its umbrella shaped canopy supports huge square pillars. A meticulously carved Nandi shrine is placed in the large courtyard of the Pataleshwar Cave. Three sanctums are present in the Cave Temple and the Shivalinga houses the central one.

The walls of the main temple caves exhibit Indian mythology stories. The vast complex of cave is now transformed into a garden and a few architectural structures are preserved in this complex.

The Pataleshwar Cave Temple is dedicated to Lord Pataleshwar, who is the Underwater God and Lord Shiva. It belongs to the 8th century period and many of the stones of this temple belong to the 700-800 A.D. the cave temple has a museum housed inside it, which is mentioned in the Guinness Book of World Records. The attraction of this museum is grain of rice with 5000 characters inscribed on it.

There is no entry fee. 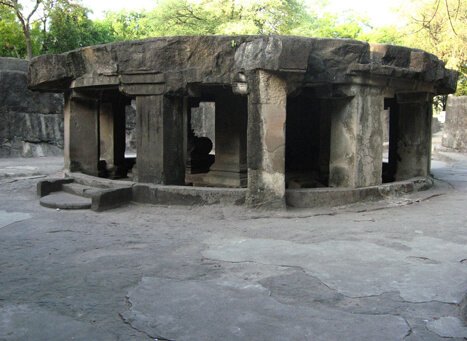 The Pataleshwar Cave Temple belongs to the 8th century period and there are a host of attractions in and around the temple complex, such as the Jangali Maharaj Temple, Shreemanth Dagdusheth Halwai Sharvajanik Ganapati, Mahatma Phule Museum, a giant fort known as Shaniwar wada, Surya Mukhi Gurudutt Mandir, Sarasbag Ganapati Temple, Raja Dinkar Kelkar Museum, Darshan Museum and so on.

The best time to visit the temple is between the months of October to March.