Popular Attractions To Visit in Dagana

Dagana is located in the southwestern part of Bhutan. It has been blessed generously by nature, and its spectacular landscape is proof of that. Dagana is covered with thick forests, with almost 80% of it being under thick forest cover. Travelers visiting this place can easily spot different variety of beautiful birds. The greenery encompassing the district soothes the tired body and mind. No less than a heaven on earth, Dagana is home to several monasteries. One can easily get influenced by the Buddhist culture and the beautiful paintings on their walls. Besides that, there are lot of attractions in Dagana that tourists cannot afford to miss.

When in Dagana, travelers must visit Daga Dzong which is an old fort of the city. It was established in 1651 by Zhabdrung Ngawang Namgyel, and is a historical landmark which today functions as the district administration center. Other popular places to visit in Dagana are three stone Megaliths, known as Do Namkhai Kaw (Sky Pillar Rock), Do Kelpai Genthey (The Rock of Ancient Steps) and Tha Namkhai Dzong (The Frontier Sky Fortress). The last one is also believed to be the place where Guru Rinpoche meditated. The two famous Buddhist temples in Dagana are Shathong Lhakhang and Nyindukha Lhakhang.

Another attraction in the city is Pokhari Tsho, a lake which holds a spiritual significance in the lives of the people and is worshipped by the locals. According to a popular legend, the lake was brought over by the people who came from Tibet, some of whose descendants live here even today. A trip to Daga remains incomplete without a visit to the Wachey Cave. The local Hindus revere it as the cave of Lord Shiva. One can witness great pillar of stalactites and stalagmites deposits inside the cave.

Another cave similar to it is the Ma Deo Than Cave that also features calcium deposits. The stalagmite, which is formed in the shape of a Shiva Linga is worshipped by the local Hindus. Dungchen Menchiu is yet another prominent attraction in the city. This natural mineral spring is believed to contain therapeutic treatments and healing powers. There is a tub where people can take stone baths.

These are the Top 5 Most Visited Tourist Attractions in Dagana

We Have Found 6 Attractions For You 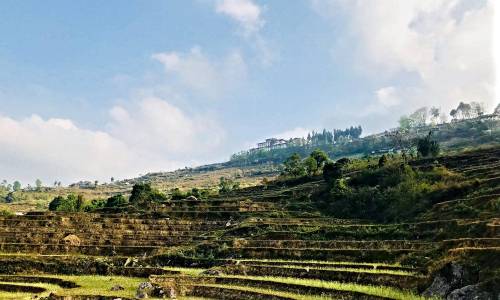 Daga Dzong gets its name from two words, Darkala and Darkarnang. Darkarnang means “The Realm of White Prayer Flags” while Darkala refers to the province’s guardian deity- Jomo Darkala. The dzong&nbsp... 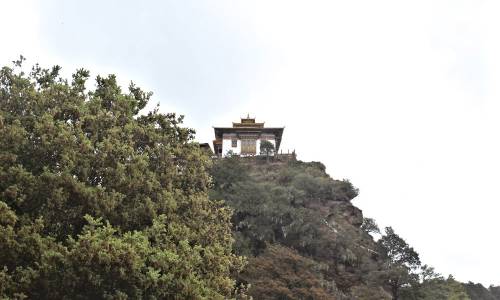 A short walk of around fifteen minutes will bring you to Do Kepai Goenthoe, or, The Rock of Ancient Steps. It is located just below Kana Gewog and is associated with a fascinating mythology tale. Its &nbsp... 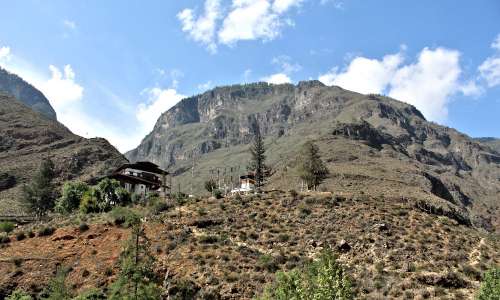 Do Rangthan, or, Stone Mill, is among the many popular tourist attractions in Dagana. It lies in close proximity to do Kepai Goenthoe, another famous place which you should visit during your trip to B&nbsp... 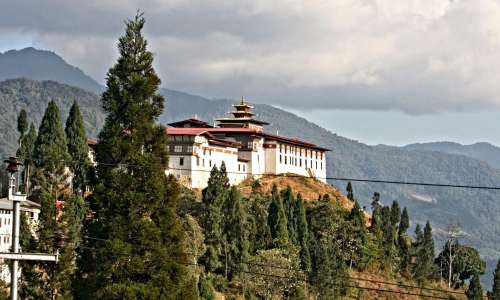 If you walk for two hours from Daga Dzong, a famous tourist sightseeing place in Dagasa, you will reach Do Pata Chapsa. Its name means, sword on rock, because there is an imprint of a sword on a rock.&nbsp... 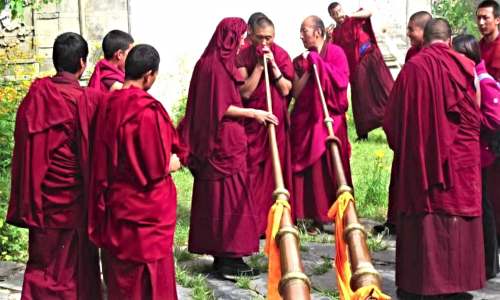 To reach Do Dung Chen, one of the many places to visit in Dagana, you will have to walk for about two hours from the main town of Dagana. Upon arriving, you are greeted by two spots. While one of them&nbsp... 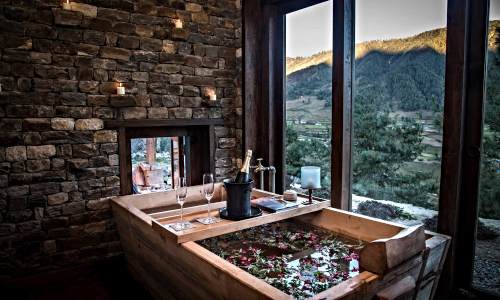 Getting to Dungchen Menchu is not difficult, as it lies just below Dzongkhag guest house. A 15 minutes walk brings you there. It is a medicinal spring which flows from a hole in solid granite, and it &nbsp...