The 403-kilometres long trail was used 60 years before.

On September 28, hundreds of Bhutanese kids took the first formal steps onto the recently renovated and reopened Trans Bhutan Trail with His Majesty the King of Bhutan in Trongsa. After a long 60 years, the country will now be allowing tourists, citizens, hikers and adventure seekers to walk along the trail, in the footsteps of their forefathers.

What is the Trans Bhutan Trail?

The historic Trans Bhutan Trail is an ancient pilgrimage road with a 250-mile east-west length. This ancient Bhutan trail was formerly a part of the Silk Road and dates back thousands of years. The road connected several dzongs, or fortifications, that were used to stave off invasions by foreign armies about 500 years ago. To go to holy places like the Druk Wangyal and Trashi Choeling temples, Buddhists followed this route. 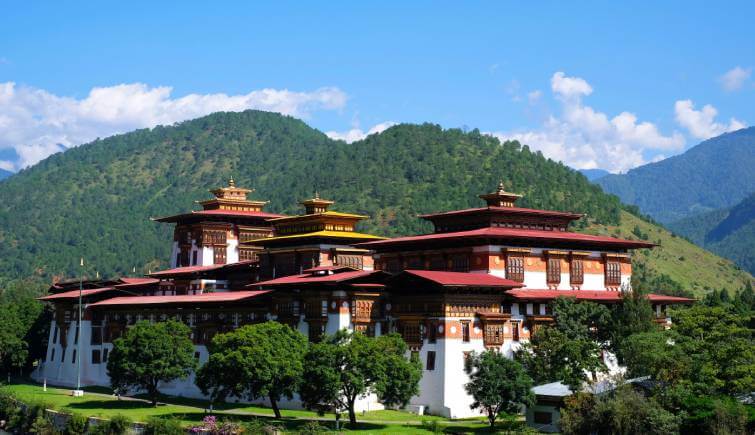 With administrative directives to political alliances and other secrets, trail runners known as garps delivered communications down the trail for the political forces at the fortifications. The trail also allowed the different Himalayan kingdoms along the route to interact and remain united as one group battling together for the area before Bhutan gained independence from Britain and became a country in 1907. The Trans Bhutan Trail served as the only route between Bhutan and other countries for 50 years.

The Bhutan Government started building a highway across the country in the 1950s including some significant parts of the original trail. Since the highway was complete, people started using buses and cars on the highway and stopped walking through the trail. As an aftermath, the trail fell apart and bridges, stairways and footpaths became unusable.

The Restoration of Trans Bhutan Trail

The sacred historic Trans Bhutan hiking trail has been restored by an organisation, Bhutan Canada Foundation, which maintains the relationship between Canada and Bhutan. The organisation, along with the assistance of King Jigme Khesar Namgyel Wangchuck, chose to fund and fix the route in 2018. Over 10,000 stairs and 18 significant bridges had to be rebuilt or restored, and the entire 250 miles of the path had to be cleared. More than 900 local workers who had been furloughed during the pandemic took jobs working on the restoration, which was fortunate for the Bhutanese people as well.

Sam Blyth, the founder of the Bhutan Canada Foundation said âWhen I first went to Bhutan in the 1980s, I walked the country with some people who walked the trail as children, Iâd always heard of this legendary trail and experience, because it had a big impact on very young children. So when the time came, it was really easy for me to see that this thing really could capture the imagination and would be both a physical experience and educational experience, and to many a spiritual experience.â

Blyth also said that the country has been expecting that young children of the country will discover the ancient Trans Bhutan Trail to explore local plants and animals. The country also expects the trail to become a major part of the national curriculum and make it a national service programme. Under this programme, everyone under the age of 18 spends one year working, or walking along to explore the Trans Bhutan trail. Those who will complete the Trans Bhutan tour will get a certification and a medal. 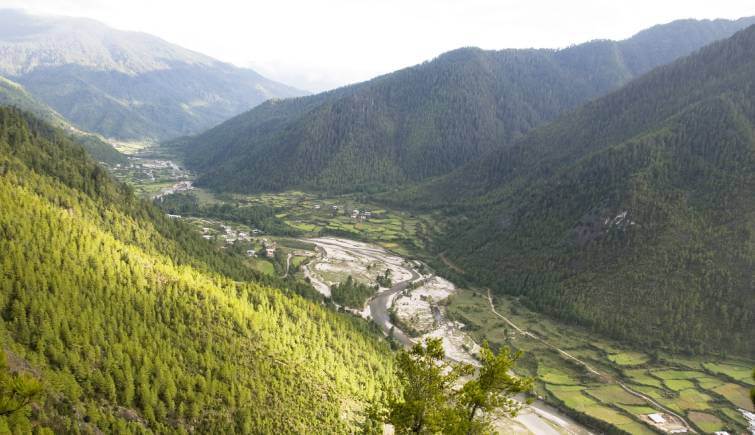 The Trans Bhutan Trail also offers travellers to be in touch with the pure nature. Some of the incredible features of the trail are rhododendron forests, lush rice paddies, mountains and stunning meadows. Some of the famous gewogs on the trail are: 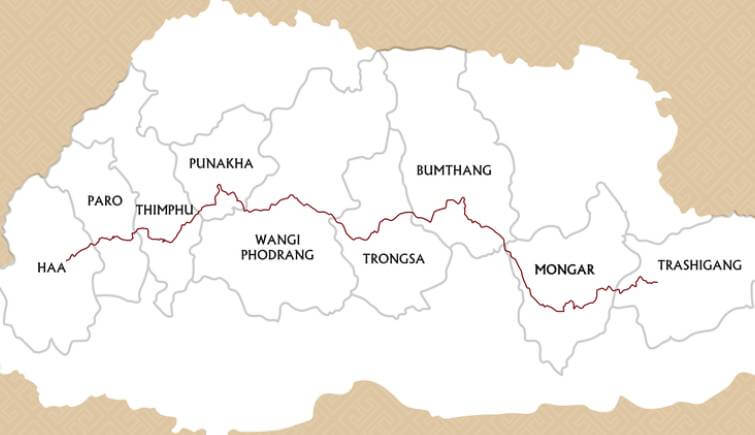 So, if you are someone who wants to explore this historical ancient trail in Bhutan, comment below. Tell us your thoughts about the country and its tourism opportunities.

When will the Trans Bhutan Trail reopen?

What is the length of the trail?

What are the names of two places in Bhutan which are connected by the Trans Bhutan Trail?

The route connects Haa in west Bhutan to Trashigang in the east.

How many days are required to trek the complete route?

Around 27 to 30 days are required to complete the trek along the Trans Bhutan Trail.

From the âCity of Joy,â Kolkata, Nandini Bhattacharya is a Travel Writer by profession and traveller by passion. She loves to explore places around the world, new cultures, different cuisines and all new things that one can learn outside the home. She also loves to document her journey so that people can be inspired and travel more. Nandini is a nature lover and talks about sustainable tourism. She wants to make this world a good place where people can live healthy and happily.