Situated in the district of Raigad, Harihareshwar is encircled by the four majestic hills: Brahmadri, Harihareshwar, Puspadri and Harshinachal and is one amongst the sought after popular beach resort in the state of Maharashtra. Graced by the temple of Shiva in the northern part of the town, Harihareshwar is often referred to as the “House of God” or ‘Dev-Ghar’ besides being one of the acknowledged centers for pilgrimage.

The calm beach of Harishareshwar along with the Shrivardhan Beach in the northern side and Diveagar Beach in the southern part is one amongst the popular beaches that is frequented by all nature buffs. The time-honored temple of Harishareshwar along with the dainty Kalbahirav temple at the entrance are the two well thought of temples for the divine raptures they usually assures of.

Resting along the coast of Konkan, Harihareshwar begs attention for the nice placid beaches and the other tourist attractions it is blessed with besides the rich verdure that envelopes the place and the mesmerizing hills of Sahaydris that compliment its beauty. Fixed some 38 kilometers away from the clean beach of Harihareshwar, the serene beach of Diveagar is a less frequented beauty that is adorned by the Casuarina and Belu trees coupled with some beautiful migratory birds in the south. Basically, a linear passage between two craggy mountains has came to be known as Ganesh Gully and it draws maximum tourists for being home to a dainty idol of Lord Ganesh at the end of passage’s submerged end. The peach black sand grains and the orchestra of waves is what make the beach of Shrivardhan one of the famous tourism places.

Besides, water sports like paragliding and surfing are some of the things to do besides shopping souvenirs and tasting local juices: jambhul and amrit kokum, when in this beach.

Situated few kilometers away from the placid beauty of Harihareshwar, Bagmanadala earns all the respect and love for the quietude that prevails here besides being one of the well-acclaimed jungle jetties that enable people across the Bagmandala brooklet. 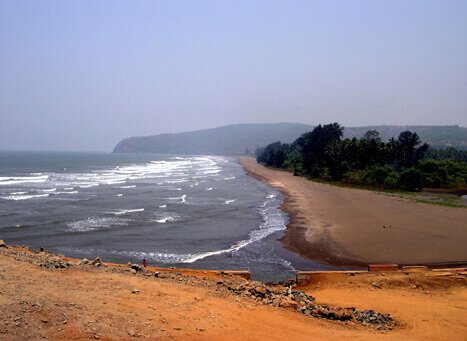 Known for extorting the malignity off a person, the ancient temple of Somja Devi at Shrivardhan is one more site of importance and is a must visit.

Beach Holidays doesn’t sound interesting without a proper beach resort to compliment your stay. Sharing close proximity with the temple of Harihareshwar, the beach resort doles out snugness and sabbatical pleasures, besides hosting all the contemporary amenities and deluxe rooms to favor a nice homely stay.