The Hindu festival of Diwali is the celebration of lights and is observed in India as well as in other countries. The specialty of the occasion is the festivities wherein, the houses are decorated with attractive lights and there is also the most important part of bursting the fire crackers. Celebrated since the ancient times, the festival of Diwali is about the victory of good over bad and hence the lights symbolize the removal of evil from lives and welcoming happiness, joy and prosperity. The concept of light over darkness is seen due to an ancient story about the Gods. This is one of the grandest festivals celebrated in the country. The lamps that are placed in the houses are meant to welcome goddess Lakshmi into their home and bless them with ample prosperity and wealth. According to the people of Maharashtra, in the archetypal Marathi family diwali starts from 'Vasu-baras' which happens to fall on 'Ashwin Krishna Dwadashi' date according to the Marathi calendar. This includes a celebration held in respect of cows that are considered as a mother in the Hindu religion in every part of India.

The employees get bonuses and holidays to spend time celebrate this auspicious festival with friends and family. The bonuses are generally used for buying new things in the houses and for the people. The stores usually have offer and schemes to attract the customers during the festive season because evidently everybody is out for shopping.

Diwali is celebrated in honor of the auspicious occasion when Lord Rama, his wife Sita and his brother Lakshmana returned back from an exile of 14 years. During this, Lord Rama defeated Ravana, a monster king, after he had kidnapped Sita. Their path of arrival was illuminated, all villagers lit Diyas and celebrated the triumph of good (Rama) over evil (Ravana). In certain areas, Deepavali is also linked to a celebration of the goddess Lakshmi, who is considered by Hindus as the holy goddess of prosperity and wealth.

Diwali is a 5-day festival that begins on the day Goddess Lakshmi was born. The night of Diwali marks the day that the Goddess Lakshmi chose Vishnu as her husband and engaged in the marriage ceremonies. The festival falls in between mid-October to mid-November.

Highlights/Important Rituals of the Festival 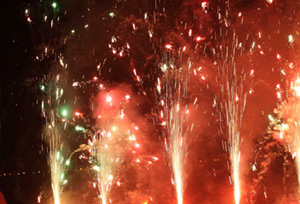