Cavalry Tank Museum, one of its kind in Asia, is all about tanks, self-propelled guns, specialist vehicles and armored cars, which have played a very important role in the country’s security over a different period. In 1994, Cavalry Tank Museum was officially inaugurated by Army Chief (late) Gen BC Joshi. All over the museum, one can find descriptive boards that give detailed information about each tank. World War I and II tanks; Japanese and German tanks; Pakistani tanks captured during 1965 and 1971 war, and armored car weighing 3,861 kg are amongst the popular exhibits of the museum. Also, here one can find tanks that perform specialized services such as aircrew recovery, bridge laying, mine-detonation, and dozing. On a visit to the museum, a profound sense of history radiates from the fort’s sheer stone face. The museum remains open for public even during the Republic Day and Independence Day. 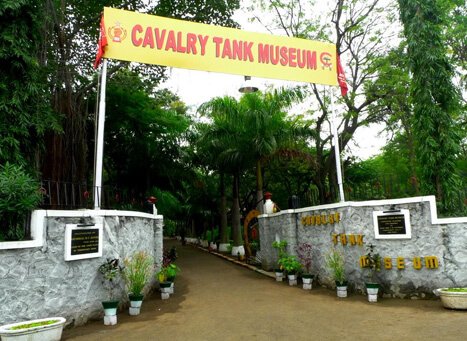