Bagh Rauza is a small complex that holds the tomb of Ahmed Nizam Shah, along with few other important personalities of the Nizam Shahi Dynasty and who were very close to Ahmed Nizam himself. Each of the tombs are safeguarded by a dome structure, that follows the Mughal and Persian style of architecture. The dome that shelters the shrine of Ahmed Nizam Shah is the grandest of all the other dome structures, made with intricate detailing.

On a visit to the Bagh Rauza, make a point to visit the Tomb of Ghulam Ali, a royal elephant who died fighting a battle against the Raja of Vijayanagar. Also here one can find the tombs of various other important personalities, each with a unique Mughal and Persian architecture and tomb style. 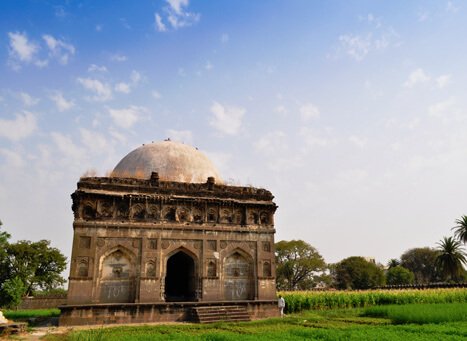