Located in the village of Khuldabad, Tomb of Aurangzeb marks the burial ground of Aurangzeb; the last of the great Mughal emperors. During 1680, after the death of Shivaji (a great Maratha ruler), Aurangzeb won entire empire and brought it under his rule. He established his kingdom near Bhingar and remained there until death at the age of 91, in the year 1707. Aurangzeb’s Tomb was designed and constructed by Aurangzeb himself, after he entered Deccan despite of continuous intimidation by the Marathas, which later became his burial ground. In the same tomb complex, one can see the mausoleum of Aurangzeb’s second son, Azam Shah, and his wife. Originally, the tomb consisted of the wooden slab with the Persian inscription.

Unlike the other great Mughal emperors, Aurangzeb didn't have a pompous burial and was kept simple as per his wishes. His name is still there at one of the corner of the tomb, scribbled on a marble plate. It is said that Aurangzeb funded his own burial by knitting caps and copying the Quran, during the last days of his life. In the same tomb complex, one can see the mausoleum of Aurangzeb’s second son, Azam Shah, and his wife. He also wished to be buried near the dargah of his Spiritual guru; Sheikh Zainuddin.

Originally, the tomb consisted of the wooden slab with the Persian inscription. Later in 1920, the tomb was renovated with high-end marble screen and floor by Nizam on the request of Lord Curzon. On ceremonial occasions, Aurangzeb's grave is draped with richly embroidered cloth. 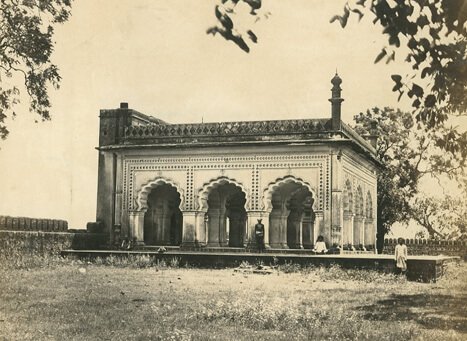 After his burial, Aurangzeb earned a title of ‘Khuld-makan’- one whose abode is in eternity. The Aurangzeb’s Tomb carries immense historical significance and calls for a must visit for the tourists of Ahmednagar.