Fringed by lush green landscapes of Central Bhutan and fluttering colorful prayer flags, Chendbji Chorten greets tourists with its pristine locale and tranquil atmosphere. It immediately wraps you with its peaceful ambiance and makes you forget all your woes. The locals believe that the Chorten is situated at the point where the three ridges and the three edges of the sky meet.

Modelled after the popular pilgrimage sites of Swayambhunath Temple and Boudhanath Stupa in Kathmandu, Nepal, the Chendbji Chorten is a must-see tourist attraction situated in the Trongsa district of Bhutan. This magnificent Chorten was built by the lama Tshering Wangchuk, a descendent of the Bemji Choeje of Trongsa, who in turn was a descendent of a Tibetan King. The structure boasts a large prayer hall and a traditional Bhutanese Chorten, which was later established by the royal grandmother Ashi Kesang Choden Wangchuk in 1982. One can see the wide array of ancient relics on display here, which were brought by the Bemji Choeje. Legend has it that this sacred site was built in agreement of the prophecy of the second Gangteng Tulku Tenzin Lekpai Dhundrup in order to protect the people of the Chendebji people from the dreaded demoness called Ngala Dudm.

A popular and significant religious site, the Chorten comes alive during the ninth month of the Bhutanese calendar on the Descending Day of the Lord Buddha. The Buddhist festival of Sambha Lhundrup Molam Chenmo is celebrated here every year with great zeal and grand celebrations. The building hosts numerous prayer ceremonies during this time and becomes a site of immense spirituality and positivity. It also allures tourists with the mesmerizing and peaceful Buddhist songs, apart from prayers and chants which are performed here, besides offering them a chance to escape their worldly sorrows in this Buddhist abode. Apart from this, the Chorten, owing to its picturesque setting, is also a heavenly destination and a popular picnic spot for both family vacationers and honeymooners alike.

Other Top Tourist Attractions in Trongsa 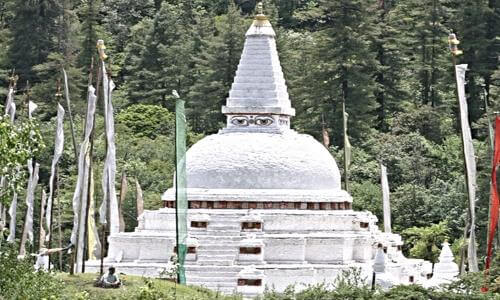 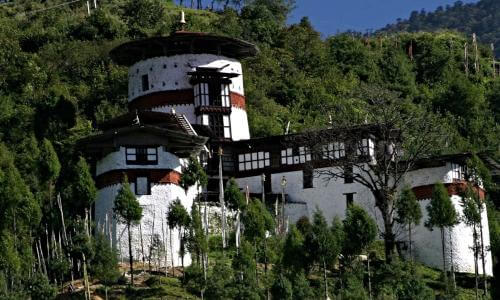