Build on an island near Thal, Undheri Fort overlooking the Arabian sea is quite a must visit in Alibaug. Many invaders and traders tried to besiege it; multiple battles were fought to take over it but it has stood all the test of time. Inside the fort, one can see the iron cannons with cartwheels, which are barely seen in Maharashtra. View of the sea from different corners of the fort is breathtaking.

History of the Undheri Fort

Siddhis started making the Underi Fort on 9th January 1680. The same year, on 27th January, Marathas attacked fort but didn't succeed. They planned another attack on 18th August 1680. Siddhis were quite prepared for this attack, and they gave a tough fight, which in turn killed 80 Marathas, including Maynak Bhandari’s son. Yet another attempt happened on 18th July 1681, which ruined their army but the fort was not won. On 28th January, Naro Trimbak captured the fort and named it as Jaidurg. In 1818, Britons seized it, and gave its ownership to Angre dynasty in 1824. When Angres surrendered to British in 1840, the fort came under British control again

Uderi Fort is located in Thal, which is 8 kilometers from Alibaug. ST buses ply regularly between Alibaug and Thal. From the Thal beach, hire a boat that will take one to the fort. Since Underi has no jetty, one can visit it only during low tide. 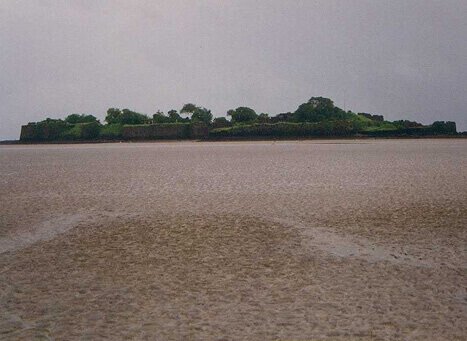 Banana ride, scooter ride, and paragliding are some of the adventure activities that one must take up at Varsoli Beach.

Points of Interest: Must Visit Places in Alibag

Best Hotels to Stay in Alibagh