An old military fortification standing tall on the shores of the Arabian Sea, Kolaba Fort is well built and powerful. The most intriguing feature of the fort is its walls, which are approximately 25 feet high. Temple inside the fort is a must visit too, especially during the Ganpati Puja. Commonly known as the Siddhivinayak temple, it was built by Raghoji Angre in 1759. Also, there's a Dargah of Haji Kamaluddin Shah. Near the northern wall of the fort lie, two English Cannons mounted on wheels.

History of the Kolaba Fort

According to the historical records, the Kolaba Fort was invaded by Shivaji Maharaj. He started working on the fort and added stronger walls to make it tad powerful. Till the time Shivaji Maharaj died, it was still in making process. Its construction was completed during the reign of Sambhaji Maharaj in 1681.

In 1713, Kolaba along with several other forts were given to Kanhoji Angre. He used it as the main base to launch raids on British ships. Along with the local rulers, Kolaba has been the key attraction for the foreign invaders too. On 17 November 1721, British and Portuguese came together to seize the fort. Approximately 3000 Portuguese soldiers and three English ships attacked the fort but failed. But ultimately, it lost its charm to a fire accident that destroyed the fort in 1729. In 1787 another major fire incident took place in which the Angre Wada was destroyed. In 1842 the British sold the wooden structures in the fort by Auction and used the stones for the construction of Alibaug water works.

Kolaba Fort is hardly 1 kilometer from the Alibaug Beach; one can either walk from here at low tide or take a boat during the high tide. It would be good to walk towards the road as the sea will accompany throughout the journey. 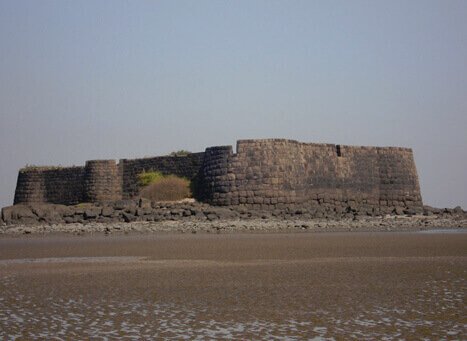 One can spend a good time at the fort admiring its strength, and beauty. Else, visit the Alibaug Beach that is hardly a kilometer from the fort.

Points of Interest: Must Visit Places in Alibag

Best Hotels to Stay in Alibagh