An 18th century Buddhist monastery, Yongla Goemba (or Yongla Riwo Pelbar Dargey Choeling Gonpa or the Pelri Gonpa) is tucked away in the eastern dzongkhag of Pemagatshel in Bhutan. Built on the orders of the second Yongla Lam Dorji Jamtsho in 1736 to commemorate Khedrup Jigme Kuendel who identified, meditated and blessed this place, this religious site is one of the oldest and holiest shrines in Eastern Bhutan.

Legend has it that the founder of this sacred site, Khedrup Jigme Kuendel, was instructed by Jigme Lingpa, a great tertoen (treasure revealer) and Nyingma master, to find a place that resembled Tsari in Tibet, and that was built in the shape of a ritual dagger (phurpa). He was asked by Jigme Lingpa to preach and spread the teachings in the land which he would discover, and thus, Jigme Kuendel journeyed across Tibet and reached Yongla, crossing Bumthang along with a companion, Khandro Dechen.

Upon arriving at this holy site, Kuendel asked Khandro if it was the same place prophesied by Jigme Lingpa, to which Khandro replied, ‘Yong Yong’, meaning, ‘Yes Yes.’ Thereafter, it came to be called Yongla. Jigme Kuendel then meditated here, and with time became extremely popular amongst locals, who would come to seek his blessings. He then later opened a meditation centre in Yongla which gained rapid popularity. After a certain period, a nunnery was also established in Yongla.

Yongla Goemba is perched on a dagger-shaped hill and is even visible from the junction of Tshelingore, where the road diverts and leads to Pemagatshel on Samdrup Jongkhar-Trashigang Highway. It is said that during the Duar War, Jigme Namgyel (the father of the first King Ugyen Wangchuk), the Trongsa Penlop (Feudal Lord), used this Buddhist monastery as an operation base for launching raids upon the British troops.

The famous Yongla Phurpai Drubchen, a traditional form of meditation retreat in Tibetan Buddhism that lasts for about ten days, has been held here in September every year since the time of Jigme Kuendel. Around 16 successive Lams have served as the abbot of Yongla Gonpa, and several Buddhist masters and luminaries have blessed this sacred place in the past. The monastery has also faced severe damage in the 6.1 magnitude earthquake in 2009, and its reconstruction in full swing began in 2012. Yongla Goemba, though unknown to the outside world, is quite popular in Bhutan as religious site, and as a site where the locals perform all the religious rites.

Other Top Tourist Attractions in Pemagatshel 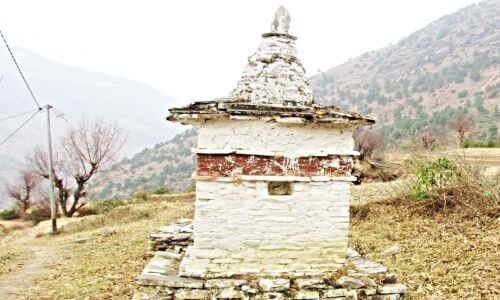