Well acclaimed for being the soda saline lake, Lonar Lake is situated in the district of Buldhana of Maharashtra, and was basically formed by the impact of meteor in the times of Pleistocene Epoch. Known for the only crater to have been formed by the impact of a meteor in the entire world, the lake owns the water of both alkaline and saline mixture. The lake was in news for discovery of biological nitrogen fixation in the recent years and offers for a rich nature sightseeing. Home to chinkara, peafowl, the Lonar is the world’s third largest crater and attracts thousands of curious scientists and tourists round the year.

Encompassed by the sardines of dainty hills, the basin is a confluence point of Penganga and Purna streams besides finding its mention in the Latin scriptures of Padma Purana and Skanda Purana and is coined as the favorite tourist spot by most of the travel buffs. The peaceful temple of Hanuman just around the lake attracts a lot of pilgrims throughout the year for the wooden idol which claims of being totally magnetic besides one of the main tourist spot.

Most ramshackle temples encircling the lake were highly popular during the bygone years but are of no glamour right now except the Daitya Sudan Temple which was built to celebrate the succession of Lord Vishnu over Lonasur, the giant. Admired for the rich architectural designs depicting the culture and traditions of Hinduism, this temple is one of the must see places besides the Kamalja Temple, Shankar Ganesh Temple and Gomukh Temple.

If you have seen the best of Lonar Lake and ready for some excursions, 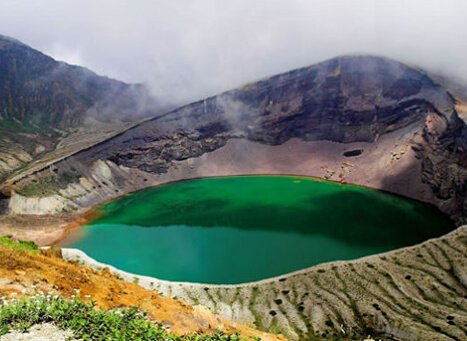 consider the Ajanta and Ellora Caves (about 170 kms away), the favorite tourism spot in Maharashtra which earns all the respect for the intricate carvings and paintings. These caves too are worth visiting for history and nature lovers as they are surrounded by thick foliage of greenery on all its sides- these caves and offers for a perfect pristine ambience throughout the year. Holidays in Lonar Lake thus, is bound to get memorable for the gem of a place it is.