One of the oldest temple in Akola, Rajeshwar Mandir, also known as Rajeshwar Nagari, is located in the famous Akola Fort. Linga in the temple has a little crack. The reason behind the crack is a story, which took place during the reign of King Akola Singh. It is said that King Akola Singh's wife used to go out in the midnight for illicit reasons. So one day King Akola Singh followed her. Seeing the king stalking, she went straight to a Shiva temple and pleaded to the god that her husband is not keeping faith and loyalty to her. She then requested lord Shiva to convert her into a lingam. Later, the lingam broke into two parts and she jumped into it. People from all walks of life visit the temple during Monday as it is considered as auspicious. 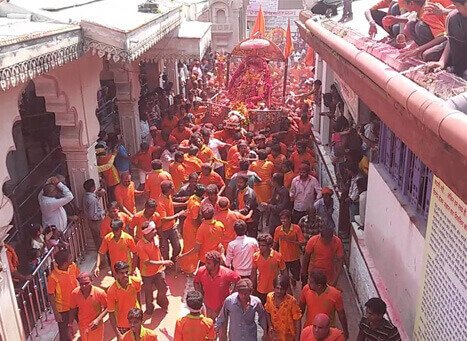