Built during the Mughal era in an Indo-Islamic architecture, Balapur Fort is believed to be 302 years old and is a long-standing example of Maharashtra's history and culture. Balaput Fort was built to protect and safeguard Akola from invaders. Inside the main fort, tourists can see two other forts. Most interesting part about the fort is its architecture; despite being located between two rivers, the fort remains protected from floods.

According to the historical facts, Balapur fort was built by Azam Shah, son of Emperor, Aurangzeb. It took 45 years to complete the construction work of the process. Construction work was started in 1712 AD and finished in 1757 AD by Ismail Khan, who was the Nawab of Amaravathi. In the year 1720 AD.

Inside the fort complex, one can see a Bala Devi temple, which is famous for its classy artwork and sharp-featured statues. Also, there is a fort inside the mosque. All thanks to the archeological department and Maharashtra tourism, the fort is in excellent conditions and well maintained. 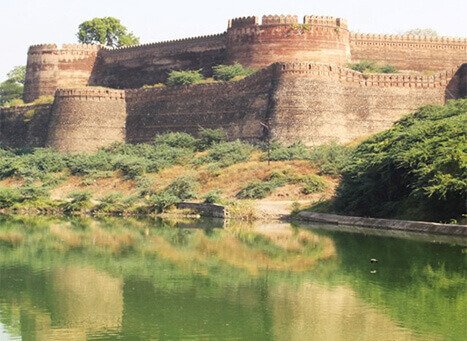