With a commanding view of the Arabian Sea, and intriguing nail biting history - Jaigad Fort at the tip of a peninsula is worth all the attention in the Ganpatipule travel guide. The fort might be less in size when in comparison with its counterparts but it has gone witnessed some serious incidents of Indian history. Some historians even call it the 'fort of victory,' and see its reference in the work of Pliny as "One of the chief ports in Western Coast of India.

Despite the fact that it was built 500 years ago, it still has a strong architecture that is built is sprawling over 4 acres at an elevation of 200 meters. Even at the base of the fort structure, one can find bastions lined up.

History of the Jaigad Fort

Legend has it that construction of the fort was started in the 14th century by the Bijapur Sultanate. But the things didn't go well as they were planned initially. Some even started believing that there is some supernatural power that is going against the force, and things will be in place after offering a human sacrifice. That's when Jayba Mahar voluntarily agreed for a human sacrifice. And in his memory, the fort was labeled as the Jaigad Fort. A few years later, right after its completion, Bijapur Sultanate lost the fort to Naik of Sangameshwar just a few years after its completion. For many years, the Naiks protected it from Bijapur Sultanate and Portuguese. Subsequently, it came under the dominion of Shivaji and his descendant Kingdom of Shahu. Peshwas handed this fort to Angre. And in 1880 it was under the British rule.

Jaigad Fort is 20 kilometers from Ganapatipule. To reach here, one can take a taxi or auto rickshaw from anywhere in the city

Things to Do & See in and around: 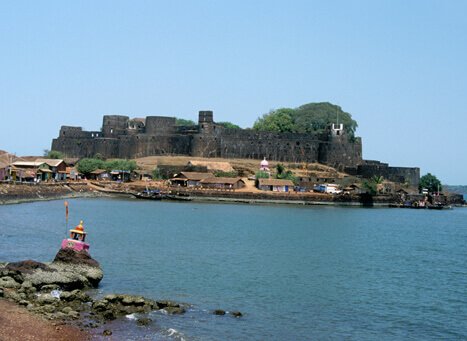 Points of Interest: Must Visit Places in Ganpatipule

Where to Stay in Ganpatipule?