Popular Attractions To Visit in Mongar

The first thing that catches your attention in Mongar are its homes. Most of them are made of stone, while their verandahs are made of wood. It is also incredibly diverse, with at least 3 to 4 dialects being spoken in the district. It is also popular as a shopping destination among the residents of Eastern Bhutan. The landscape of Mongar is characterised by dense coniferous trees which surround stark cliffs and deep gorges. This district is famous for its weavers and textiles, with the fabrics produced here being highly sought after by people throughout the country. Mongar offers a lot to the tourists in terms of sightseeing and exploration, in terms of wildlife, heritage, adventure and culture.

One way of exploring the culture & heritage of Mongar is visiting its historic structures. Mongar Dzong, built in 1930, was constructed without the use of plans or nails. Then there is Zhongar Dzong, a popular tourist attraction built in the 17th century. Even though it lies in ruins today, it gives you a rough idea of medieval Bhutanese administration. Drametse Lhakhang is one of the oldest structures of Eastern Bhutan. The famous Dramitse Ngacham, or Dance of the Drums of Dramitse, was founded here in the 16th century. The dance is also mentioned in the UNESCO World Heritage List.

Mongar also attracts its fair share of pilgrims. From the massive rock of Aja Ney, known to have been blessed by the Guru Padmasambhava, to the Yagang Lhakhang and the Jarung Khashor Chorten, there are several religious destinations to be checked out.

Wildlife enthusiasts who want to see Mongar’s rich biodiversity should head to Phrumsengla National Park, which is home to a diverse range of birds and animals. Apart from 623 plant species and 361 bird species, it is home to 71 species of mammals. Some of the mammals that are commonly sighted are clouded leopard, musk deer, Himalayan black bear and golden cat. Mongar also offers several trekking opportunities. Popular trekking routes are, Larjap hike, Korilla Nature Trail, Shami Goenpa Pongchula Circuit and the Chali Village hike. 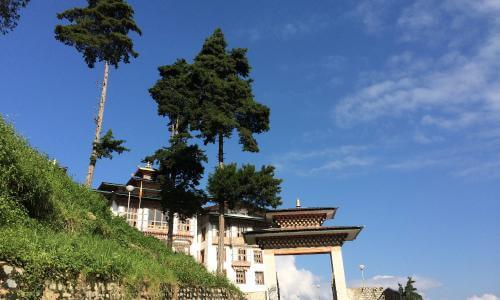 Perched on a small gently sloping area of Mongar, the dzong demonstrates the traditional Bhutanese architecture that is worth a visit. &nbsp... 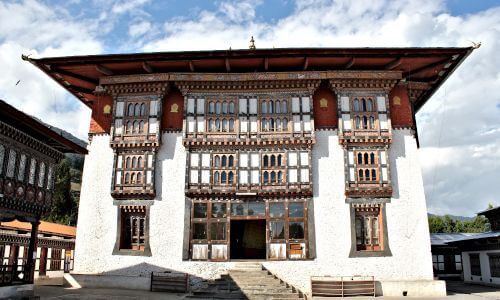 A 16th-century monastery, Dramestse Lhakhang is famous as the origin of Dramtse Nga Cham (the drum dance of Drametse) and ancient manuscripts. &nbsp...