Mumbai has been the financial capital of India for many generations now. Due to the presence of BSE and financial institutions main headquarters, it has been always the center of gravity for the people of the finance sector. Along with all these hubs, Reserve Bank of India's headquarters is also located in Mumbai on Pherozeshah Mehta Road. Next to the RBI's main building, there is RBI Monetary Museum, which often remains crowded with students, numismatics, and curious bypassers.

One of its kind in Mumbai, RBI Monetary Museum exhibits a collection of over 10,000 Indian coinage, paper currency, financial instruments and monetary curiosities.

The Museum is divided into six main sections:

Know Your Currency: This section tells about how currency is managed in India. And how its has evolved over years, from the barter system to coins to notes.

Paper Money: In the section of the museum, one can find 19th-century notes that were issued by private banks and three other presidency banks - Bank of Bengal, Bank of Bombay and Bank of Madras. Moreover, here one can see the notes issued by the Government of India under Paper Currency Act of 1861, followed by notes issued by Reserve Bank, the sole issuer of bank notes since 1935. It also tells that how paper currency design has changed.

Idea, Concept, and Curiosities: This section of the museum depicts how money has changed over time. Here on display are money in various sizes, metals, and shapes. This section also includes some of the smallest coins in the world.

Coinage: From ancient punch-marked coins to the ones dating back to 6th century BC, coinage section presents the glimpses of all these coins. Here on display are coinages of the Ancient era; the medieval period; the Indo- European Companies and commemorative coins of the Republic India.

From Coins to Paper Money: In this section of the museum , one can see a good variety of financial instruments such as promissory notes, cheques, and bills of exchange. Also, there is a section dedicated to hundreds, which were once used by indigenous bankers in India as an instrument. 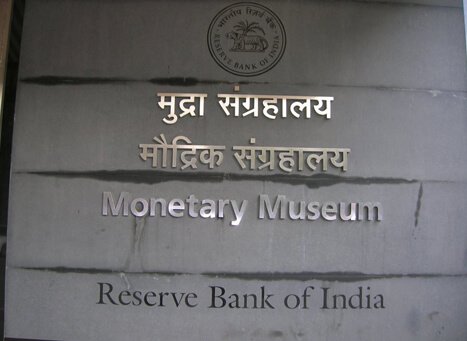 A walk through the galleries of this museum gives tourists an idea about the history of money in India and world. For the better understanding of the exhibits, special kiosks are installed in the museum that facilitates the information in an interesting way. Visitors can also visit the shop in the museum to buy souvenirs like posters on currency and coins, greeting cards, and postcards.