Located on Laburnum Road in Mumbai, Mani Bhavan was Mahatma Gandhi’s headquarters between 1917 and 1934. Mani Bhavan was the place where Mahatma Gandhi orchestrated most effective non-violent freedom struggle in the history of mankind like Satyagraha against Rowlatt Act; opposing Indian Press Act; learning carding and spinning; starting Khadi movement and Hindu-Muslim University, and issuing manifestos to rally people’s support for the government. It was from this house, the first phase of non-violent freedom struggle was launched. In fact, his historic fast to restore peace in Mumbai was started in Mani Bhavan on 19th November 1921.

Library: Here one can see more than 40,000 books & periodicals on Gandhism and Indian independence movement. See below for timings.

Auditorium: On the first floor of the museum, one can find an auditorium, where speech recordings of Mahatma Gandhi are played on request. Meetings, seminars, discussions and various competitions for school and college students are organized in auditorium on daily basis.

Gandhiji's Room: It was once the living room and working place for Mahatma Gandhi. It has been maintained much as he left and contains some personal items like mattress, worktable, spinning wheels and a pair of slippers.

Picture Gallery: In this section of the museum, one can see photographs depicting the important events of Mahatma Gandhi. Photostats of some significant letters, articles, and documents written by Mahatma Gandhi are exhibited in the picture gallery as well.

The Terrace: The bronze plaque on the terrace with inscription marks the place where Mahatma Gandhi was arrested in January 1932. Mahatma Gandhi used to sleep and hold his prayers on this terrace. 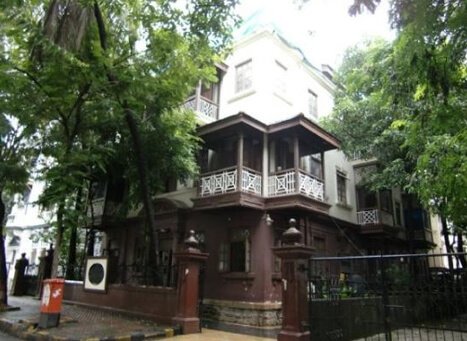 A walk through the rooms of Mani Bhavan takes one back to the chapters of history with a spyglass.