Established in 1862 by Sir Richard Temple, the then chief commissioner of the Nagpur, Central Museum, popularly known as Ajab Bangla, is counted amongst the oldest museums of India. The museum was created by the efforts of Sir Richard Temple, who not only gave his personal collection but also convinced the royal families to donate their rare artifacts as well. Collection in the museum was sourced from Chattisgarh, Vidarbha, Madhya Pradesh and even some parts of Western Maharashtra. Rare antiquities, ancient inscriptions, sculptures, coins, paintings and prehistoric artifacts are amongst the enviable collection of the museum.

The museum is spread over eleven galleries, each with different themes. But the most visited amongst them is the natural history, which has a rare collection of antlers, reptiles, fish and invertebrates specimen. Other galleries in the museum exhibit the rare collection of arm and armor, which were once used by the Mughals, Marathas and British rulers. Also, there is a tribal gallery, where one can see personal objects used by tribals like boomerangs, tobacco boxes, etc. A special gallery dedicated to the history of Nagpur is also designed in the museum. Here, tourists can see antiquities from the chalcolithic sites of Sarasvati–Indus and Kaundinyapura excavations, megalithic sarcophagus, stone and copper plate inscriptions, coins of different ages, and metals, etc. Along with other galleries, the museum also has a library. 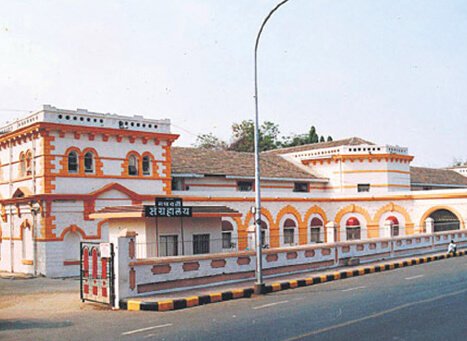