An embodiment of medieval Indian architecture, Panchakki alias Nehar-e-Panchakki was built in 1744 in the memory of Hazrat Baba Shah Musafir, a Sufi saint and spiritual guide of Aurangzeb. Situated in the heart of the city, the amazing Panchakki, meaning the chakki or grinder run by water, was set up in the 17th century for the pilgrims and disciples of saints as well as for troops of the garrison. There is a pond on one side and on the other side is this grinding mill. It has an underground water channel too, which was used by to transport the water from a reservoir that is six kilometers away. In the northwest end, there's a watermill driven by hydropower, which was once used to obtain flour.

Around the mill, one can visit the Baba Shah Musafir Dargah, a sprawling garden that features beautiful vestiges. It is primarily known for the fact that from here one can see the view Kham River and the cenotaph of Baba Shah Musafir.

Around Panchakki, one can find many good places to visit like Shahi Eidgah and Navkhanda Palace.

Tourists can hire a private car, an auto rickshaw or use the public transportation like city buses to reach there. The drive is an approximate 4-5 km from Central Bus Stand and 8-10 km from Railway Station. 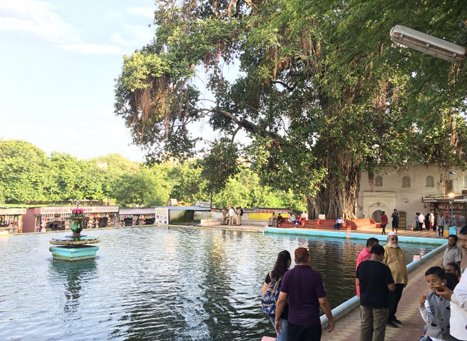 Points of Interest: Must Visit Places in Aurangabad