Popular Attractions To Visit in Chukha

Chukha is a beautiful district in southwestern Bhutan surrounded by thick subtropical forests. It is home to several monasteries and religious sites which make for some exciting sightseeing and exploration. Some of these are Pagar Goemba, Rinchending Monastery and Tshamdrak Goemba. Chukha is also revered as a significant religious destination because it has been blessed by many famous Buddhist masters.

One of the most famous monasteries of Chukha is Jabar Goemba. Built in the 17th century, it is surrounded by five mountains which bear a strong resemblance to the five religious hats worn by lamas. The main attraction here is a dagger which is believed to have flown all the way from Tibet. Rinchending Monastery is another attraction. It houses the statues of Guru Rinpoche, Buddha and Zhabdrung Ngawang Namgyal. Chukha Dzong and Zangtho Pelri Lhakhang are other famous places to visit in Chukha. The latter was built by Daksho Aku Thongmi, who was also the composer of Bhutanese National Anthem. Devoted to Guru Rinpoche, it is adorned with beautiful paintings and statues.

Quite an unusual sight greets you at the Crocodile Breeding Centre, situated by the banks of Amo Chhu River in the town of Phuentsholing, in Chukha district of Bhutan. There are around 5 ponds where tourists can catch sight of crocodiles soaking up the sun. 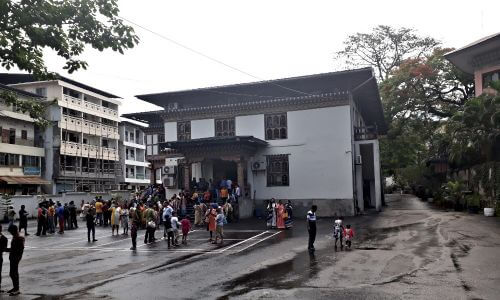 A border town and administrative seat of Chukha District of Bhutan. The tourist destination is a perfect mix of tradition, culture and scenic beauty. &nbsp... 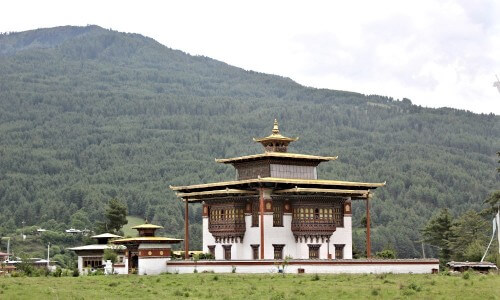 Situated in Phuentsholing, Zangto Pelri Lhakhang is a Buddhist monastery which is said to be the replica of Guru Rinpoche’s celestial abode. &nbsp...