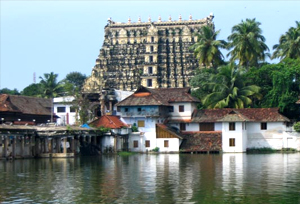 There can never be excess of spiritualism as it is what sets the soul free by delving in questions deeper than what meets vision. Thiruvananthapuram is among such places where individuals go looking for answers that do not let them rest. The capital city of Kerala is a welcome respite with its greenery, beaches, mountain ranges of Western Ghats, history, culture; and most importantly the escape it gives to the troubled spirits in the form of ambience it sets forth. After all, when Mahatma Gandhi coated it as 'Evergreen city of India', it wasn't for nothing.

As the name breaks into Thiru-anantha-puram, it comes to mean 'City of Lord of Anantha' where Lord of Anantha refers to Sri Padmanabhaswamy; a temple of the deity is so prominent an attraction that it presence seems to be embossed above all. But this is just one of the many places where spiritual and religious craving can be satiated. At the coasts where Arabian Sea and Rivers like Killi and Karamana flaunts with the land of the city, one can sit and give in to the urge of introspection as well as retrospection.

Having a long trysts will the foreigners who came through the route of sea, Thiruvananthapuram is not new to the trade. King Solomon is believed to have landed here in the 11th century for the sandalwood, spices, etc. The city almost always remained separated culturally and politically with Kerala, ruled by Ayrs first and Venad later. Eventually, in 18th century Marthanda Varma contributed to development of the city as Travancore followed by some of the major changes in 19th century which could be said as its golden era. Social and political changes underwent greatly agitated times during 20th century when Travancore became one of the place for meetings for Indian Freedom Struggles.

As far as the history of the temple which lends its name to the city of Thiruvananthapuram is concerned, the antiquity made its past vague enough that eyes of present could not exactly deal with it. Even after that, one legend from the ancient palm leaf scripture "Ananthasayana Mahatmya" has survived to reach petty ears. It tells about a Tulu Brahmin Sage Diwakar, a devout follower of Lord Vishnu to have started rituals associated with the temple by offering raw mango in coconut. Lord Vishnu is said to have tested the patience of the sage in an angelic child form by playing pranks which lately angered Brahmin until he really understood to have been the fortunate one witnessing the Lord himself. The child-god ran away only to reveal His true identity. The day was followed by the reinstallation of the idol in the 950th year of Kaliyuga but the priesthood of the temple is continued by the Tulu Brahmins only.

Sri Padmanabhaswamy Temple: Padmanabha is the name of the serpent god on which Lord Vishnu reclines whose length is infinite or 'Anantha'. Swami of Padmanabha simply refers to the Lord of the Infinite Serpent God. The temple is listed as the richest in the world with six treasure alcoves holding precious stones and metals. The idol of the deity is made of 12000 shaligrams chosen from Gandaki River in Nepal. 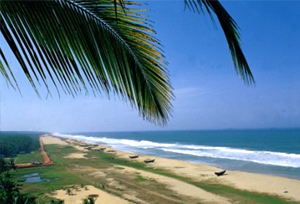 The beach towns of Varkala and Kovalam are located around 25 Km from the capital city so pilgrims and tourists can make use the opportunity to explores beaches like Hawa, Lighthouse, Samudra, Shankumugham, Varkala, etc.

Zoological Park: India's first park to display animals as is the current norm is in the form of well laid garden. Many animals have been brought from different part of India and outside the country as well. A nice break for children and adults could be found at boating club inside.

The Kanakakunnu Palace: Travancore King got it built displaying the rich architectural heritage of the place for the purpose of royal wedding ceremonies and other festivals. Nearby is the Napier's Museum and Observatory, hence making a quick visit to all at once is pretty natural.

The Napier's Museum: Gothic and indo-gothic structures are the first striking feature of the place which catches the attention even if the people might not actually name them as they are. The governor of Madras Lord Napier got it established in 1855 finishing in 1880 as a magnum opus. Observatory nearby can also be visited in addition to the museum.

By Air: Thiruvananthapuram International Airport is only 10 Km away from active city area and thus the fastest way.

By Train: Being a main junction, Thiruvananthapuram station serves different cities and towns of the country including Jammu, Delhi, Mumbai, Chennai, etc.

By Road: Most of the South Indian cities along with some other cities towards north are very well connected to Thiruvananthapuram and it often acts as a changing juncture for journey going farther south of India.