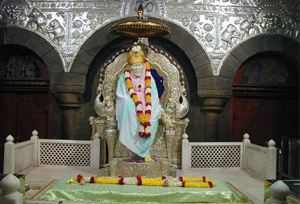 People today commonly believe that the era of selflessness and ascetic practices is lost in time. However, the belief is often refuted by a soul holier than any of the mortals in current time- Sai Baba, with Shirdi in Ahmednagar district being his ‘Karmabhumi’- the place associated with his miraculous life. The way he enlightened many souls through his abstinent practices and teachings unattached with any particular religion or spiritual schools made Shirdi a place of pilgrimage. He emphasized on God being One- ‘Sabka Maalik Ek’ and epitomized the idea of equality.

Though believed to be a human form of Lord Shiva, he never was known for religious preaching but always urging people to be inclined toward humanity as a whole. He reiterated that biggest service to God is by serving mankind, by taking care of the people who are in need. Shirdi, some 100 Km away from Nasik in Maharashtra showcases a living ideology of the words by a soul of piety. 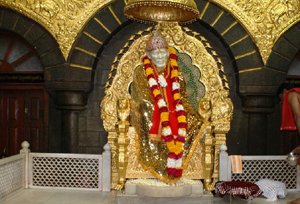 Sai Baba, aged around 16, sat still under a Neem tree enduring all the seasons and hardships that come with them when he was first noticed by the villagers. He meditated in this position for a long time which is now enshrined as Gurusthan, and then spent his life helping other treating their health issues, family problems and providing spiritual guidance. Year 1918 is remembered for the departure of this holy soul to the heavenly abode, from where it descended to usher ship of humanity going haywire.

Gurusthan: The place where baba was spotted for the first time meditating under the Neem tree is known as Gurushtan today and it is believed that by lighting an incense stick, one get the cure for the ailment he is looking for.

Samadhi Mandir: The place is a consequence of devotion of a Nagour millionaire who wanted to place an idol of Murlidhar (Lord Krishna) in the temple. It is believed that Baba himself became Mulrlidhar and the temple came to be known as Samadhi Mandir.

Cottage of Adul Baba: A small cottage painted green located opposite to Chavadi has become a site of importance as Adul Baba to whom it belonged was a fervent follower of Sai Baba. With visiting time from 7 AM to 10 PM, pilgrims can come across rare photos and articles of interest. 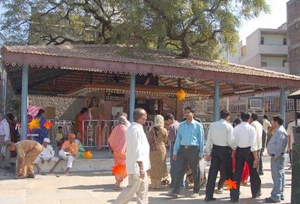 Located in the neighborhood of Sai Baba, the house is known because Laxmibai from whom Baba begged for food daily received Rs 9 from Sai Baba when he sensed his death is near. The last gift made the house included in the sites to be visited by the pilgrims during Shirdi tour.

Chavadi and Dwarkamai: Chavadi became an important place for the followers of Baba because he stayed here during his last decade spending alternate days here. Dwarkamai Mosque on the other hand is another place where he used to stay during same time and brought back in Palki to Chavadi. The procession is still continued every Friday in memory of Baba. Baba breathed his last in Dwarkamai mosque.

Dixit Wada Museum: If one wants to get an insight the way Sai Baba used to live, the museum holds many thing that are associated with his plain and simple life. Located inside the Sri Sai Baba Sansthan complex, it is a place recommended to pilgrims.

By Air: The nearest airport is Pune (199 km) and the next most convenient airport is Chhatarpati Shivaji in Mumbai, some 245 Km away from Shirdi.

By Train: Sainagar Shirdi Railway Station connects the holy place from various cities like Mumbai, Pune, New Delhi, Bangalore, Chennai, etc, from where the temple is only 10 Km away. Kopargaon and Manmad also serve as railway station connecting Shirdi to other cities of India.

By Road: Well connected by various bus services, the place could also be reached by taxi or car through NH 209, 211, etc.