Sikkim, abundant in natural beauty and scenic landscapes, is one of the kaleidoscopic tourist destinations in India. This enchanting state observes five seasons; winter, summer, autumn and monsoon. But, it is best visited during summer, between March till June, when the weather is comparatively less colder and seems comfortably pleasant. For your better understanding on which season to visit Sikkim, we have mentioned the all the four seasons separately below.

Summer is considered to be the ideal time to explore this elegant state; Sikkim. During this season, the nature is at its best. This season is great for trekking too. You get a chance to see blooming field of orchids and rhododendrons at the foot of the mountains and also by the side of winding ways going up to the hills. Almost all the visiting places; the lakes, the monasteries and the treks are in their inviting mood.

During monsoon, the state experience heavy rainfall throughout the months. While July be the wettest of all. Travelling by roads become obstructable and dangerous. The season is not much of an ideal time to visit the place but becomes best for bird watching and to visit waterfalls. An analysis of rainfall in Sikkim shows that the annual rainfall is minimum at North-Sikkim and maximum at South-Sikkim. There is a low rainfall region i.e Namchi. Rainfall in this area is about half of that in the other areas. So if plans pops up, one can surely visit North-Sikkim and avail the heavy discounts offered by the hotels to attract tourism. 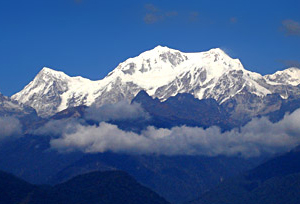 The winter in Sikkim is extremely cold with never ending snowfalls. Winter temperature in the region averages between 4 °C (39 °F) and 7 °C (45 °F). But it looks mesmerising with snowcapped mountains, rivers and roads. Though travelling might hinder if there is natural disaster, landslides, storm etc, especially in the northern region. Otherwise the place is quite welcoming and beautiful during these months.

Top Things to Do & See on Your Trip to Sikkim

Sikkim Travel Information at a Glance