Travel Guide of Sikkim- For People Planning to Visit Sikkim

“Planning a trip to Sikkim? Thinking about best things to see and do during your trip to this little gem of North East India? Here is an extensive travel guide that tells you about Sikkim’s main tourist attractions, activities, food and shopping.”

Sikkim is a tiny hill state tucked in North Eastern part of India. Known for its lofty mountains, quaint villages, pristine scenery, holy lakes and vibrant Buddhist Monasteries, a holiday in Sikkim is sure to bring you close to nature providing you ample peace and solitude. Sikkim is also a paradise for adventure freaks, trekkers and mountaineers owing to its myriad adventure activities. Whether you are looking for a laid-back break, taking in the extravaganza of nature’s beauty or seeking a fun-filled adventurous holiday, Sikkim will not leave you disappointed.

How to Reach Sikkim?

Entry to Sikkim is only through the state of West Bengal. Sikkim State buses regularly ply between Siliguri and Gangtok.

Nearest railway station is at New Jalpaiguri in the state of West Bengal. From Delhi and Kolkata, trains can be booked upto New Jalpaiguri; from where, buses, jeeps and taxis can be hired till Gangtok.

If you are planning a trip by plane, then the nearest airport is at Bagdogra from where you can take a taxi to Gangtok. Several flights from Delhi and Kolkata fly regularly to Bagdogra.

Listed below are some of Sikkim’s main attractions, adventure activities and carnivals that you would like to be part of during your vacations in Sikkim- 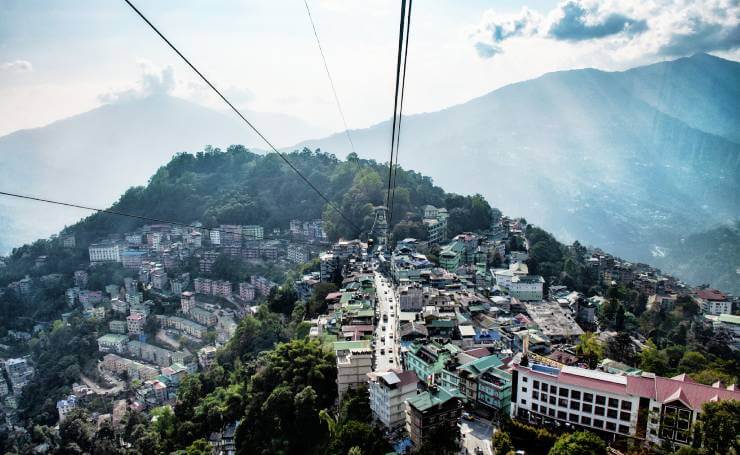 Also known as the ‘Land of Monasteries’, Gangtok is the beautiful capital of Sikkim. Mesmerizing views of the soaring peaks of Mt. Kanchenjunga, fresh mountain air, picture postcard beauty and salubrious climate; makes it one of the best places to spend relaxing and peaceful vacations in the lap of Mother Nature.

Here are some of the must-see tourist attractions in Gangtok- 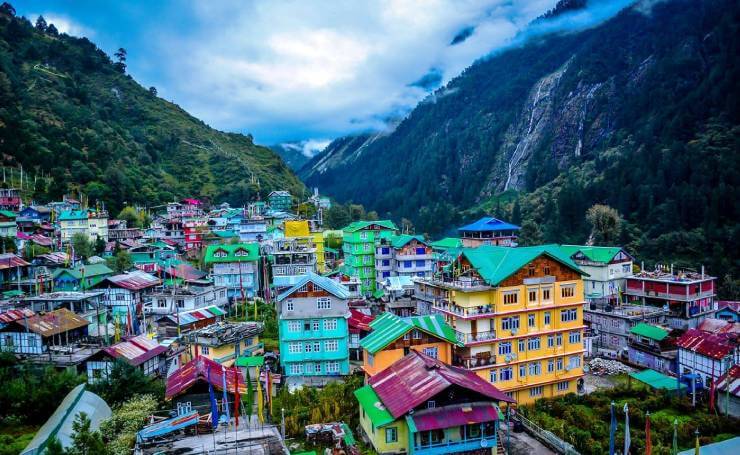 Located at a distance of around 120 km. from Gangtok, Lachung is another beautiful town in Sikkim. Known for its snow-covered peaks, sparkling waterfalls and gurgling streams, the town makes for a perfect destination in Sikkim to have a relaxing stay amidst picturesque beauty. Following are some of the tourist attractions that must be included in your itineraries during your visit to Lachung. 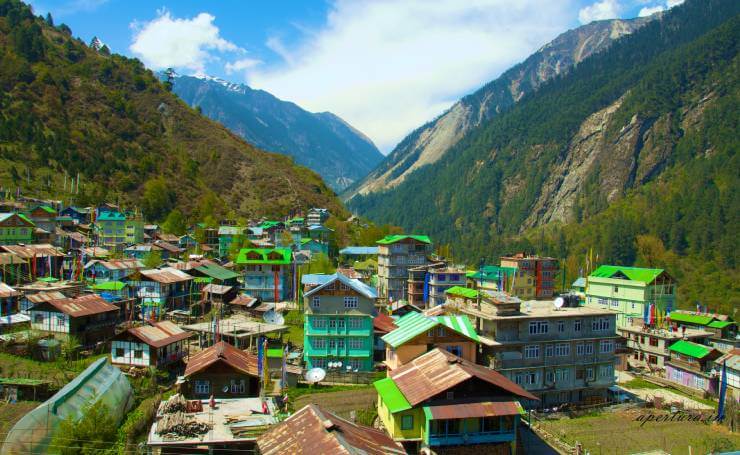 Another picturesque hamlet in North of Sikkim, Lachen lies at a distance of 125 km. from Gangtok. Undulated mountain air, stunning views of Mt. Kanchenjunga and tranquil settings of this small hamlet attract thousands of tourists every year. Often included in itineraries along with Lachung, the town acts as a base to some of the popular Eastern Himalayan treks to Gurudongmar Lake, Chopta Valley and Mt. Kanchenjunga. Special permissions need to be obtained to enter Lachen. Here are some popular attractions that should not be missed during your visit to this place. 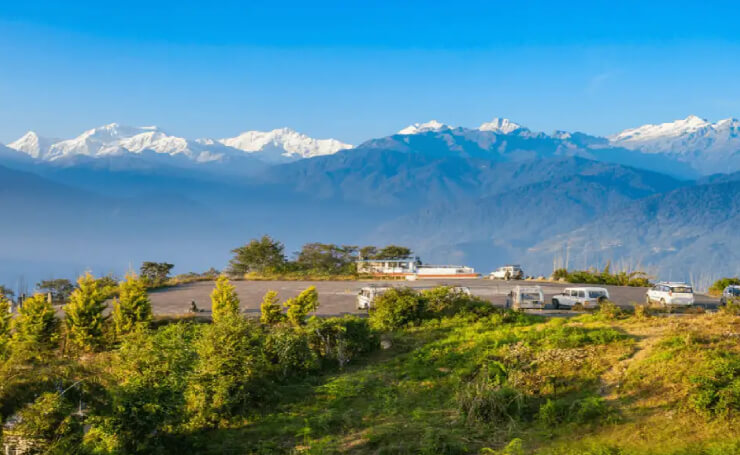 Located in the West of Sikkim, Pelling lies at a distance of 115 km. from Gangtok. Snow-covered peaks of Kanchenjunga range can be best viewed from this tiny hamlet. Tranquil environment and picturesque settings of this enchanting town lures thousands of tourists from all across the country. Following are some of the major tourist attractions of Pelling. 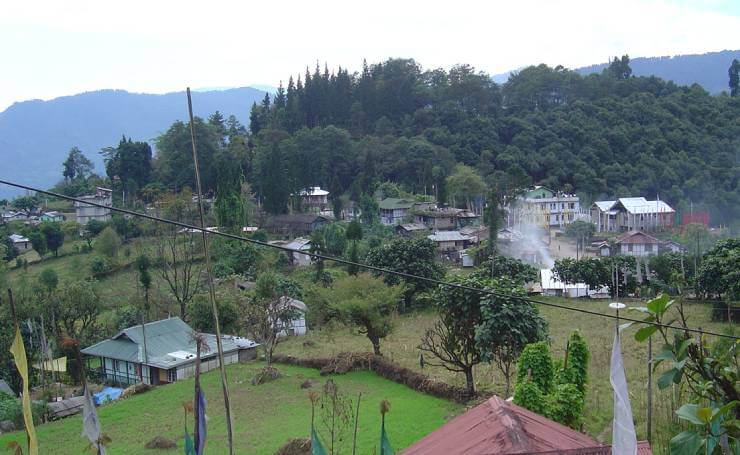 The unspoilt natural charm, peaceful settings and an undulated mountain air, makes Yuksom an ideal holiday destination for people seeking extreme quiet and solitude. Apart from the tranquility and serenity, Yuksom also offers a plethora of trekking options and hence, it is visited by umpteen numbers of trekkers from all across the world. Some of famous treks in Sikkim including the Kanchenjunga, Dzongri and Goecha La treks start from this quaint little village of Yuksom. Here are some of the major tourist attractions in Yuksom. 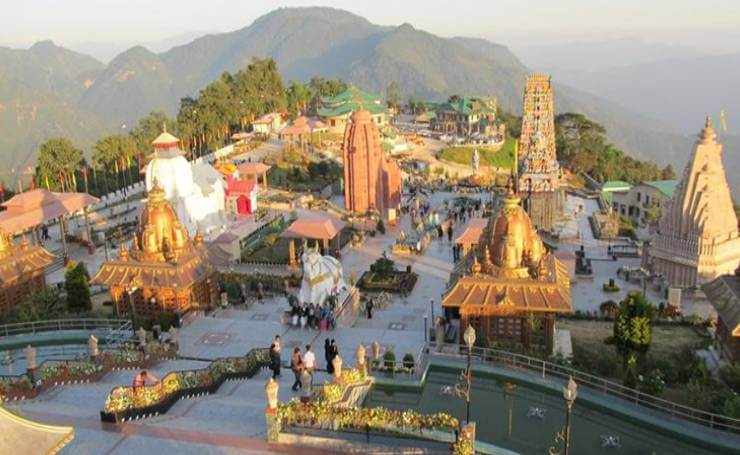 Nearly 80 km. from Gangtok, Namchi is a tiny settlement in South of Sikkim that commands awe-inspiring views of Darjeeling and Kalimpong in West Bengal. Namchi is gradually taking up as a major tourist destination in Sikkim with some of its following tourist attractions. 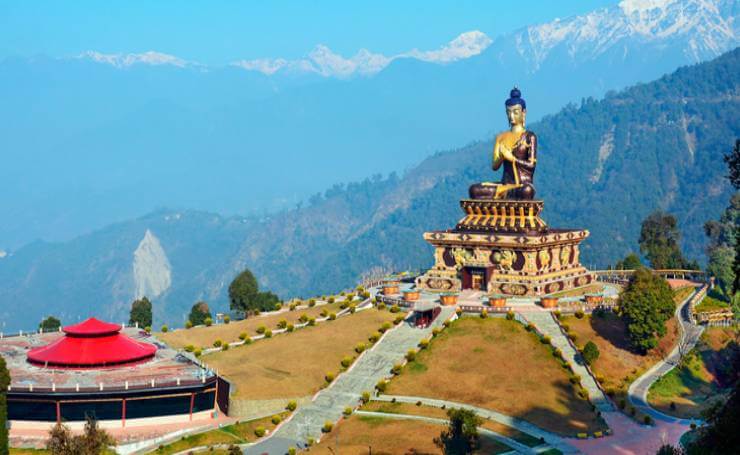 Another most popular destination in South of Sikkim, Ravangla is known for its laid-back atmosphere and magical beauty. Snow clad mountains, gushing waterfalls, quaint villages and fresh mountain air attracts lots of tourists to have a relaxing holiday in Sikkim. Following are some of the best sightseeing options in Ravangla.

Top Activities to Do in Sikkim 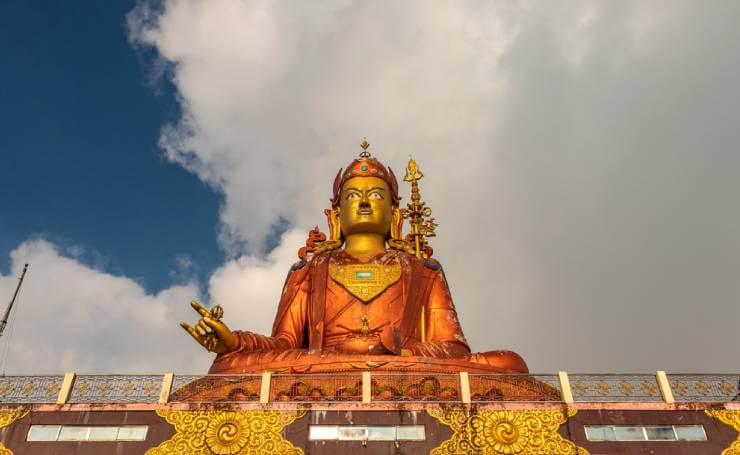 Apart from a peaceful stay and normal sightseeing, Sikkim is an ideal place to indulge yourself in some adventure fun, thrill and excitement. With its plethora of adventure activities listed below, you can choose the one that satiates your adrenaline rush.

Get Ready for Some Trekking Fun 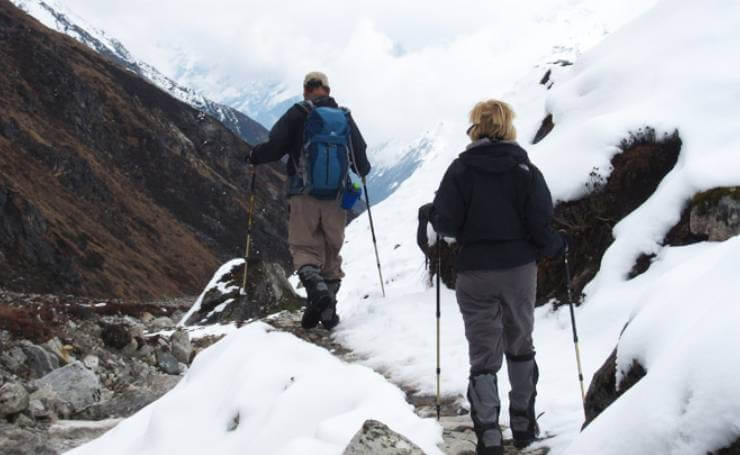 Sikkim is aptly said to be a trekker’s paradise because of the numerous scenic treks it offers in its plate. Picturesque landscapes, lush green slopes, sparkling waterfalls, striking orchards, gurgling streams and milky glaciers, is something you can only get on the trekking route of Sikkim. Ranging from ‘Yuksom – Dzongri – Goecha La Trek’, ‘Green Lake Trek’, ‘Kasturi Odar Trek’, ‘Sandakphu Trek’, ‘Rhododendron Trek’ to the world famous ‘Kanchenjunga Trek’, you can choose any trek based on your fitness level and type of landscape and scenic beauty you want to explore along the trekking route.

Have a Thrilling Experience of River Rafting at the Teesta River 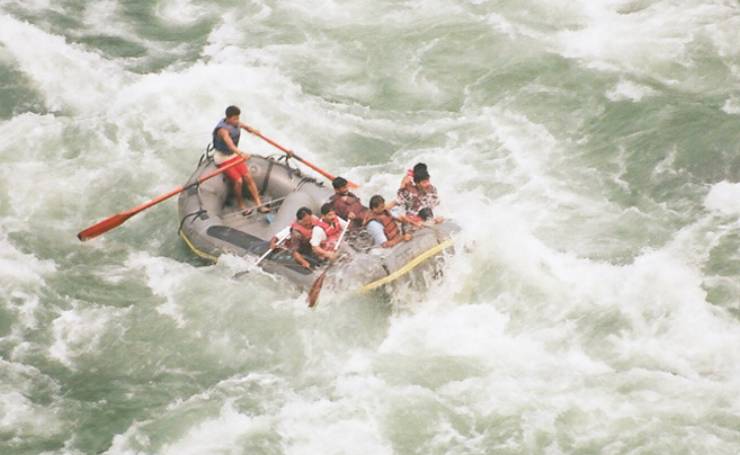 Experience of river rafting in River Teesta is something which will leave you spellbound and exhilarated for many hours after you are done with this adventure of your lifetime. Strong rapids of the river make you traverse through deep forests, scenic villages, lush green terraced farms, and heavenly views of the lofty peaks around. Nothing can be more fun and exciting than this adrenaline experience. Make sure that you go with a reliable and licensed tour operator for this thrilling activity.

Experience the Fun of Hang Gliding and Paragliding 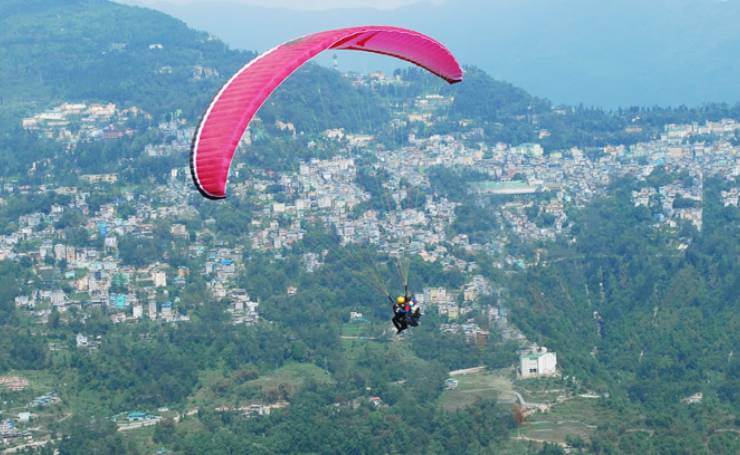 Hand gliding and paragliding are another two adventure sports which you would like to indulge into during your trip to Sikkim. Awesome views of lofty mountains, sparkling glaciers, thick forests, lush meadows and stretches of vibrant flowers as you float in the sky; is sure to make your heart beat as fast as it can. The thrill and excitement of this adventure fun is just indescribable in words.

Explore the Wilderness of Sikkim Through Mountain Biking 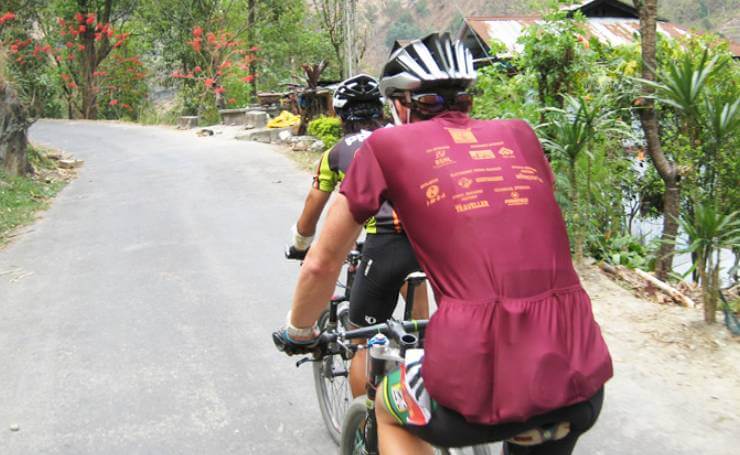 Mountain Biking is gradually taking up as one of the most sought-after adventure activities in Sikkim. With mountain biking tours, you are free to take your own routes and discover the natural beauty of Sikkim’s unexplored countryside, listen to the sound of the wind as it brushes your face and get a sneak peek into the simple lifestyle of Sikkimese people. 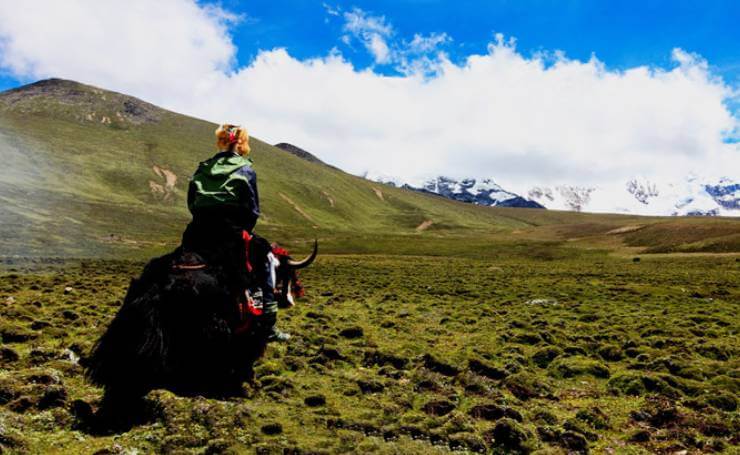 Your trip to Sikkim is incomplete without experiencing a Yak Safari which is a unique experience in itself. Tsomgo Lake, Dzongri and Chopta Valley are ideal places to have this unforgettable experience. Photo sitting atop of a Yak is the most cherished memento that is taken back home by tourists from Sikkim.

Also Read: Top Things to Do in Sikkim 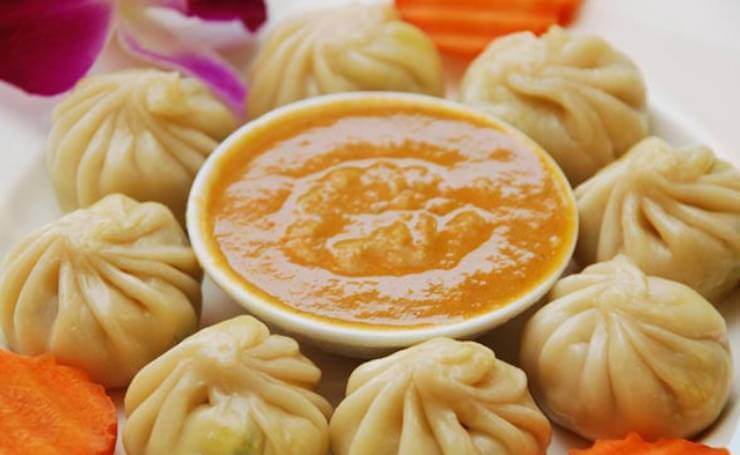 Food is an important aspect and an integral part of any trip to any part of the world. Gorging on to the local and traditional delicacies should always be included in your itineraries whenever visiting a new place. With an amalgamation of different ethnic groups consisting of Bhutias, Lepchas and Nepalese, food in Sikkim has a strong influence of all these cultures. Besides rice, meat and poultry, traditional cuisine of Sikkim also comprises of fermented food and beverages. Here are some must-try traditional and local food delicacies of Sikkim. 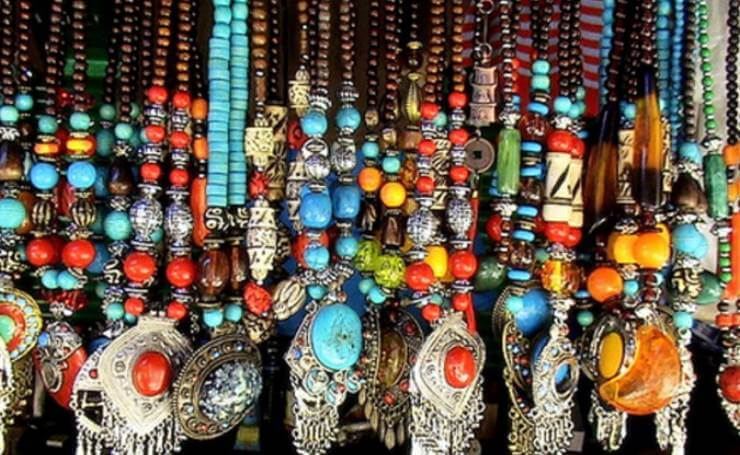 No trip to an exotic location like Sikkim is complete without shopping. Traditional Sikkimese handicrafts and woolens make for an excellent shopping experience during your visit to this place. Thangkas paintings, Tibetan crockery items, prayer wheels, bamboo artifacts, Lepcha weave bags, Choksee tables (foldable tables with exquisite Tibetan carvings) and woollen carpets and blankets embellished with traditional Sikkimese motifs and dyes are some of the best stuffs to purchase from various markets of Sikkim. Talking about the edible items, Temi Tea and Churpi, dried cheese made of yak milk, are some of the items that should not be missed in your shopping list. 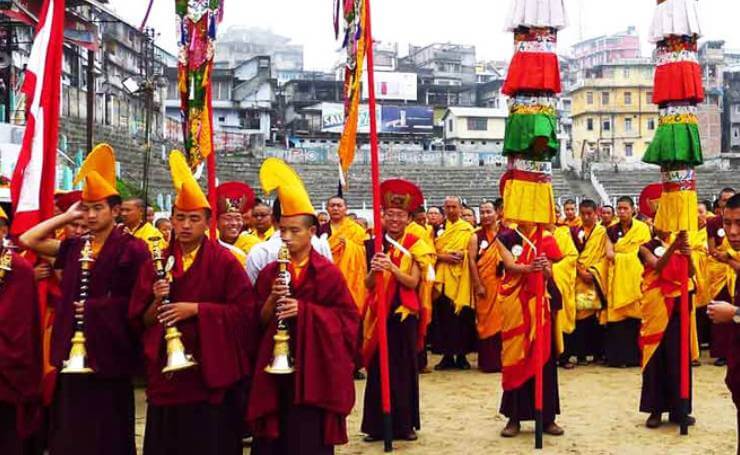 Fairs and festivals are an integral part of Indian culture and traditions; Sikkim is no less in it. The fairs and festivals in Sikkim are celebrated with great fervour and pomp. Predominated with Buddhist culture, most of the festivals in Sikkim revolve around Buddhist traditions and customs. Besides the religious festivals, the tourism department of Sikkim organizes various fairs during different times of the year to promote the state’s local cultures and traditions. These festivals are a great way to get a glimpse into lifestyle and customs of Sikkimese. Here are some of the major tourist festivals to look forward to during your trip to Sikkim. 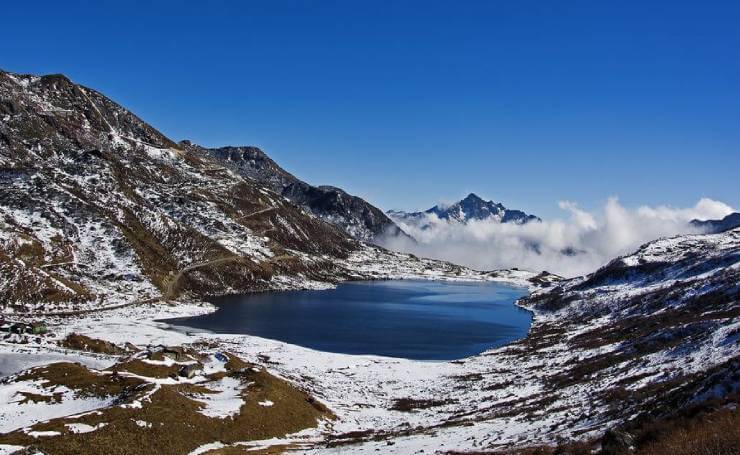 Hope the above travel guide helps you plan a comfortable and memorable holiday in Sikkim. For any more information or for any suggestions, you can always write to us through this blog.