The 10 Adventurous Things to Do in Sikkim

Sikkim sure is a base to glaciers, alpine meadows, varieties of flora and fauna but it also houses many adventure activities around. Expect, a splash of water from River Teesta to replenish you or a cycling trek to offer some awesome sights to gaze as you paddle. View the majestic peaks by taking up paragliding adventures and take a rock climbing activity to test your capability. Sikkim has so much to offer and this is just the start! This blog here is written keeping in mind all the possible ventures so that you can be a part of this extravaganza any time in the Himalayan state of Sikkim.

So, prepare yourself for an adventure of a lifetime and allow us to beat the drum for the 10 adventure things for you to do when in Sikkim: 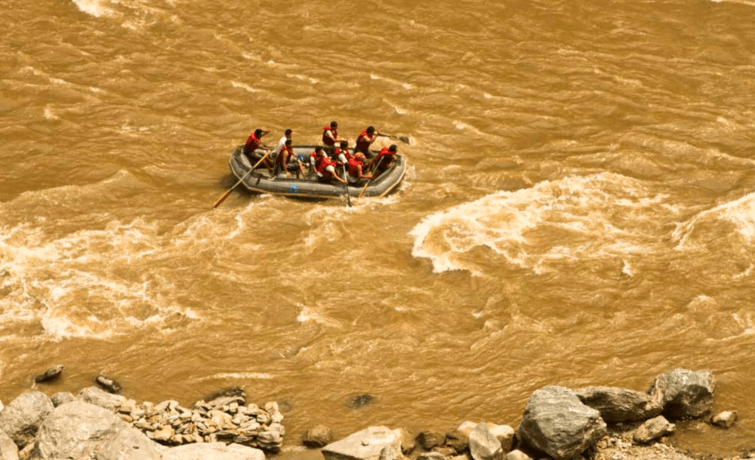 An antidote for adventurous friends, a river rafting in Teesta which carves out from the flourishing Himalayas is an ultimate adventure experience. The river undoubting embellishes the natural panorama as you raft in Teesta. The lifeline of Sikkim flows from the mighty peaks to the Bay of Bengal and this rafting expedition will give you an opportunity to view the thick green forests along the riverbed, lovely small villages and some portions of cultivation. It is a perfect outdoor adventure to appreciate both nature and white water raft along Teesta River. This expedition is perfect for both beginners and advanced adventurers. You can seek the assistance from the Department of Tourism for an adventure travel guide to Sikkim. The best months to plunge in the river is from May to November.

One of the gripping adventure sports in Sikkim proves to be a perfect way to sightsee and smell the countryside of Sikkim. Mountain Biking and Cycling – The reason we coupled them in one is because it is the only two-wheeler eco-friendly adventure in Sikkim that takes you to unparallel trails. It results in an impressive nomadic point of craziness with unlike curves, twists and firm run on the edge of the town. You can tour around the city on two-wheelers and sightsee its many landmarks like Monasteries and Lakes. Explore the snowy cliffs, farmland, and beautiful setting of flora. A cycling tourism in Sikkim is a different experience and you can witness the many precious gems of Sikkim. You can either take a cycle from the town or take up a tour package that will take you for a long cycling expedition. The absolute season to match your tour with the season is from March to May and September to November.

3. Paragliding and Hang Gliding – The World from Above 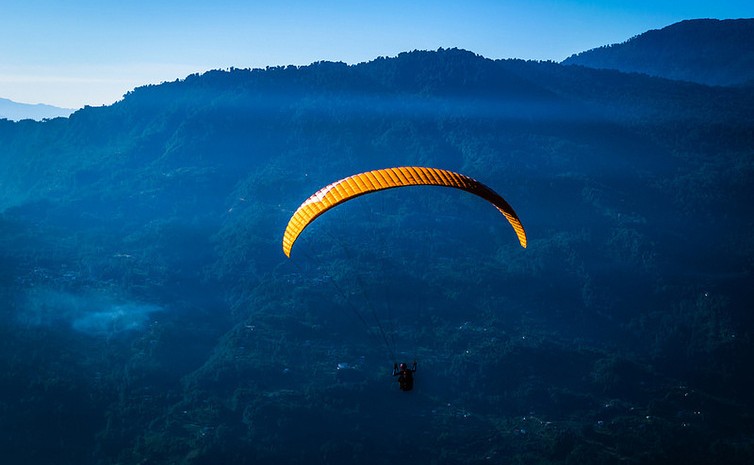 Explore the lush green garden and witness Sikkim from above. The district is rich in flora and a lush river that flows along the lovely meadows. Live in the moment and take your adventure holiday to the next level. Enjoy overlooking the best landscape in the state and drift overhead tiny villages with an outstanding illustration of the exalted Himalaya. Paragliding is a thrilling adventure sport and is one of the best outdoor adventures in Sikkim. To fulfil aforementioned, head towards Luing Resithang, which lies close to Gangtok’s Khel Gaon in the eastern part of Sikkim. Nevertheless, for an ultimate Paragliding experience, be a part of the Annual Paragliding Festival during the months of October and November. Yet another thrilling adventure you can partake. Hang Gliding is an interesting sport to test your guts as you float looking down at solid covers of the forest, towering mountains, and still rivers. While paragliding offers its best, Hand Gliding also gives an opportunity to come closer to nature.

Rock Climbing has always been an adventurer’s desire and to mount the natural rocks of the Himalaya is a dream come true. With all the things to do on your bucket list, rock climbing conceivably will take you there. In rock climbing, the thrill is endless, with ever step you grade up the more adrenaline rush kicks in. In Sikkim Rock Climbing, there are two kinds of activities you can set your foot in. Free climbing and aid climbing – The difference is, in free climbing gears and ropes are made available in case of a drop, whereas, in aid climbing, gears and ropes are provided for an easier route up with the help of equipment that is intact in the rock for progressing upwards. The suited months are from March to May and September to November when the weather is at its best. 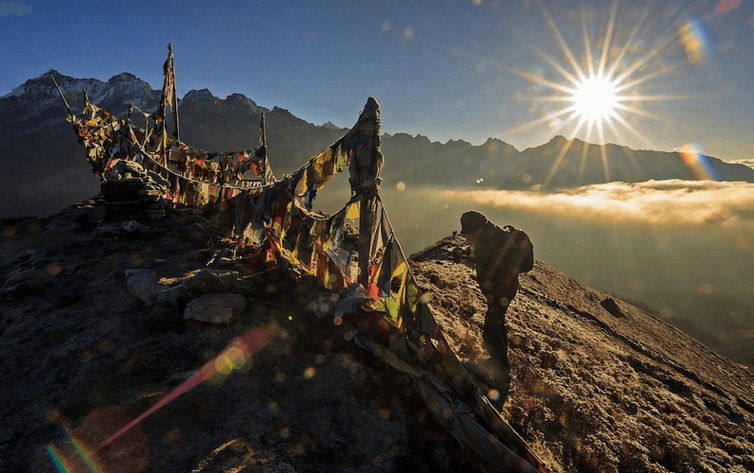 Needless to say Trekking in Sikkim is an everlasting affair. People from near and far gather to trek the grandeur peaks of Sikkim. Some notable and most ventured trails to trek are:

Sandakphu Trek – Walk the mesmerizing beaten paths of Sandakphu Trek and get a panoramic view of the majestic Kanchenjunga, Mount Everest, Lhotse and Makalu. At a height of 3,636 meters, this mountain trail is surrounded by snow-clad peaks and vibrant Rhododendron.

Dzongri Trek – It is one of the best trekking destinations in Sikkim. Dzongri Trek situated at an altitude of about 4,020 meters in Sikkim, it offers a dramatic scene of the great Kanchenjunga and Mount Pandim.

Goecha La Trek – One of the most romantic treks is located in the Sikkim Himalaya. Goecha La at an altitude of 4,940 meters has a spectacular landscape of the Himalayan ranges and is surrounded by fresh breeze and silence in the wilderness.

Kanchenjunga Trek – Hiking through Tshoka, Thangsing, Dzongri,Lamune, Goecha La, Samiti, and Kokchurung the trek will also lead you through the Kanchenjunga Biosphere Reserve. Situated at an altitude of 8,586 meters this trek has a mind-boggling view of the Mt Kanchenjunga and other captivating sky-high peaks.

Green Lake Trek – One of the popular trekking trails in Sikkim, Green Lake Trek glosses its natural beauty and beautiful high peaks. At an altitude of more than 5000 meters, this trek is a true paradise and a one stop trekking expedition for visitors and nature lovers..

6. Wildlife – Envelope into the Wild

Put Wildlife Expedition on your things to do adventure list and explore the Sikkimese biodiversity. Sikkim being one of the richest states in India in terms of flora and fauna it has around 5,000 species of flowering plants and home to faunas like red panda, snow leopard, musk deer etc. However, Flora is divided into three botanical zones – Tropical zone, Temperate zone and Alpine zone. If you want to be surrounded by flowery atmosphere then visit the Jawaharlal Nehru Botanical Garden in Sikkim which is 24 km from Gangtok in Sikkim. If you love animals then a visit to the following to feel the wildlife sanctuaries in Sikkim is a must – 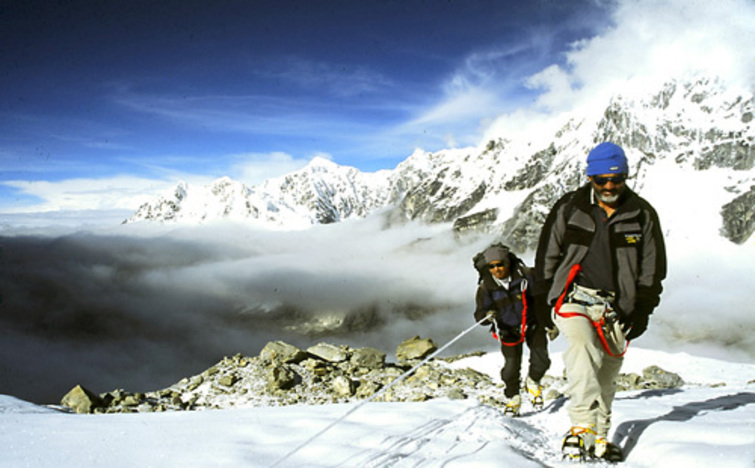 Sikkim is adorned with mesmerising mountain peaks and it gives an access to venture sports such as mountaineering. Sikkim has five mountain peaks to climb – Mt. Jopuno, Mt. Tenchenkhang, Frey Peak, Mt. Brumkhangse and Mt. Lama Wangden. Each of these peaks offers great pleasure and thrill to mountaineers. The months between March to May and September to November are considered best for mountain expedition in Sikkim. No doubt, Mountaineering in Sikkim Himalaya is popular because the climb offers a breathtaking view of the neighbouring crown – Mt. Kanchenjunga.

8. Yak Safari to the winning Mountainous range of Sikkim 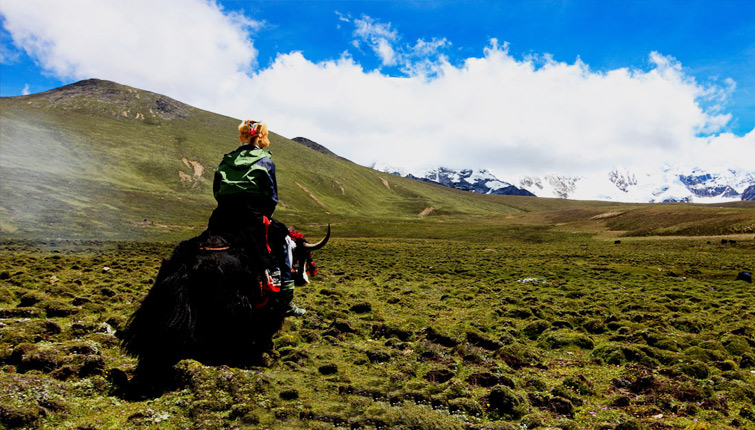 Yaks are slow bulky built animals and they can stand up to 5.2 to 7.2 ft tall. Yaks are physically adapted to high altitudes and are usually domesticated. Sikkim introduces you to one of its kind, take a Yak Safari and pass through rolling ranch-lands linking the heavenly beauty of the hills and pristine Tsomgo Lake. Yak Safari is organised in different parts of Sikkim, travellers from across the globe come here to relish the beauty meandering on a serene Yak ride. Other popular trails the Himalayan Sikkim offers are a ride to Dzongri area and other trekking points like Dzongri in West Sikkim.

9. Helicopter Ride – Get an aerial view of Sikkim 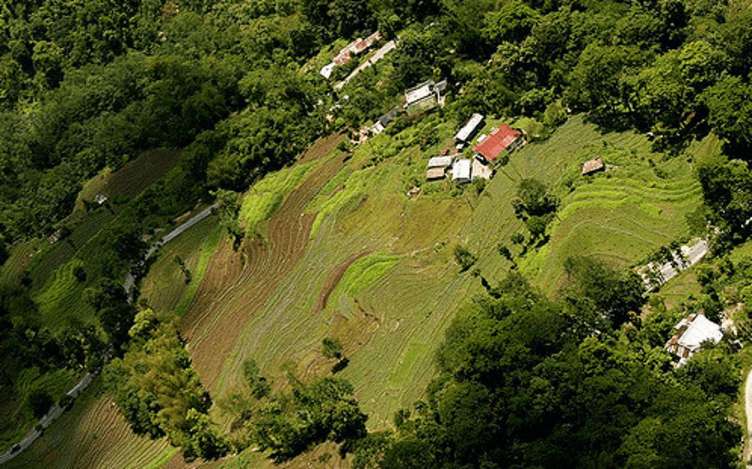 Sikkim has many places to visit and the best way to sightsee if from above. However, apart from the two activities mentioned above ‘Paragliding and Hang Gliding’ – An aerial view is best seen as you sit in the comforts of a warmth Helicopter seat. This certainly will give you a high living vacation experience. Sikkim Helicopter Service is available for a joy ride to see the aerial view of entire Sikkim. Such points to sightsee are – Kanchendzonga Mountain Flight, Tsomgo Aerial Flights etc. Gets a bird’s eye view of spectacular landscape including the flights that will lead you over West Sikkim and North Sikkim.

Take your adventure mode inside Sikkim’s amazing Caves. Sikkim has four caves looking at every direction that holds a special place for the Buddhists, these important pilgrimage points are distinguished according to the directions of their location-

Lha-ri-nying phu in the North – Located in the north of Tashiding, this place is held to be a sacred cave in Sikkim. It is also known as the cave of God.

Kah-do-sang phu in the South – The cave of the occult fairies lies close to the Reshi hot springs which by the way is known for their therapeutic value. Why the name ‘occult fairies’ because footprints on a rock in river Rangit can still be seen that are believed to be of the fairies.

Pe phu in the East – is positioned between the Tendong and Maenam hills. Pe phu or secret cave is a huge grotto which is said to extend from the Tendong to the Maenam hill.

De-chhen phu in the West – This cave of great happiness as it is called is best accessed during the month of autumn when the entrance is not covered in snow. If you are looking for adventure things to do and holiday notions kicking in, then indulge in some of the above-mentioned activities during your holiday in Sikkim. The feeling at the end of the day will leave you awe-struck and a grand success for overcoming something you had been waiting to do for ages. Holidaying activities in Sikkim is in abundance. Whether you enjoy the Cable Car Ride, visiting Monasteries, touring the Namgyal Institute of Tibetology, exploring Nathula Pass or shopping in MG Marg, Sikkim holds an adventure filled holiday for one or the other. Be a part of the popular adventure getaways in the northeast and clear your bucket list as your traverse in the north-eastern paradise Sikkim. If you enjoyed reading this blog about the Adventurous Things to do in Sikkim then please share and comment your views. Looking for an adventure holiday in Sikkim? Visit Tour My India website and we will provide you with best deals to spend the best holiday for adventure travelers.