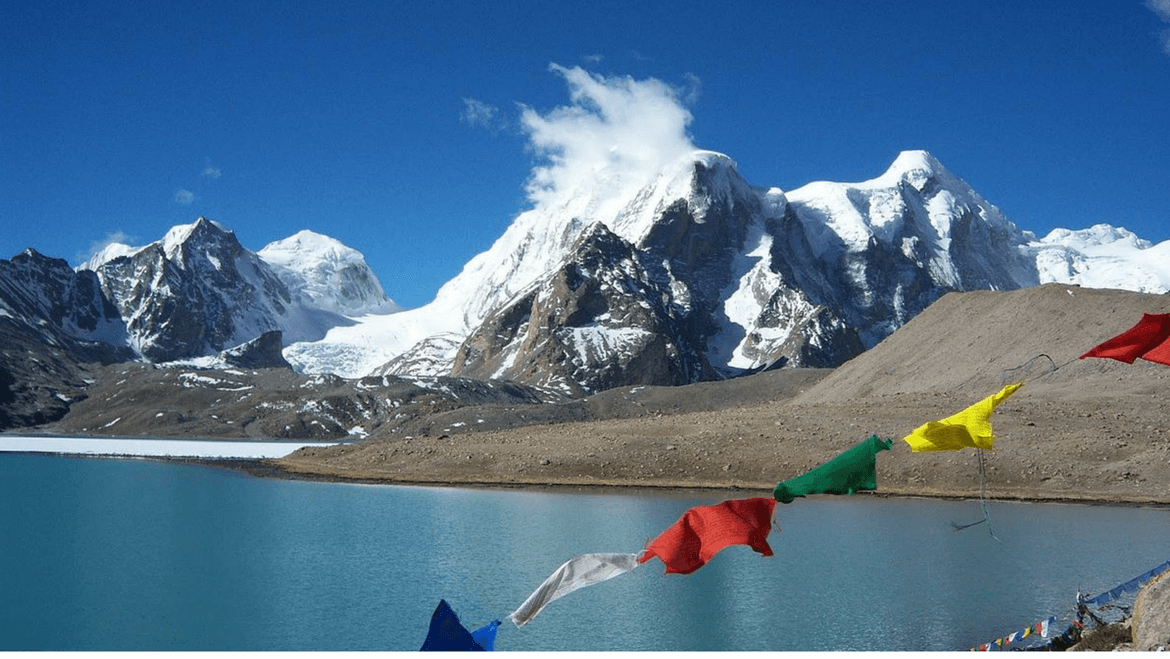 Why would one trek and, if at all one decides to trek, why Sikkim? Trekking is not just about wearing a sport shoe carrying a huge bag and walk like a nomad days after days; it is a kind of an exploration, digging out what you never knew, feeling the essence of the precarious chapters of nature and off course evaluating your best when placed out of the comfort zone amidst unforeseen challenges even on a short and easy trail. . Once you are through and fix your flag of victory at the zenith of your journey, you are the new, fresh and more confident better you. The landlocked state of Sikkim… bounded by the mighty Himalayan ranges and curried with vast ecology is a home to several short treks that can be easily achieved within a day or two. So even if you are not an avid trekker… such a short treks in Sikkim gives you an opportunity to add on an adventure trail in your lifetime.

Following could be some regions in Sikkim where you can trek and soothe your body and soul:

You are heading from Damthang, situated almost 14 kms from Namchi which is the capital of south Sikkim, to Namchi, a small plateau at an altitude of 2600 feet surrounded by bright green forests, known as Tendong Hill.You will enjoy the casual strolls during the journey uphill from Damthang to Tendong sanctuary and while this walk feel the spirit of enunciation as historically this was the place of refuge for buddhists lamas.Tendong gives a good view of the green sparsely dotted habitation. The region brings you a journey that is wrapped by Chola,Kachendzonga,Singalila and Gurudongmar from all the sides.

Enjoy the flavour of the oriental puched with adventure and sprayed with scenic beauty. This is a stretch from Pemayangste to Sangacholling following a ridge that joins the two monastries. One hour of trail and you reach Pelling. Take a look around the Pelling village and the helipad. While you push off for the steep Sangchillong on a cloudless day the Darjeeling ridge can be seen.

If you have gone that far to Sangchillong then you cannot afford to miss the Darap village.It is drenched by the bio diversities of nature .The tribe which lives here is called Limboo .Their living is mainly on agriculture. Their little castle like wooden houses will enchant you .If perchance you have reached their village during any festival of theirs, their hospitality and the unique limbo dance and song will give you a chilly and uncanny rustic spirit.

About 2kms from Darap is the next place of a traveller’s attraction, which is Rani Dhunga, which literally means Queen’s stone where the queen of Sikkim chose to meditate.

Now this is unique. Reach Siliguri, three hours of jeep journey will take you to Jorethang, Another one hour to Somabria and another one hour and you reach Hiley. Varsey is accessible from Hilay and you will just left to wonder which supernatural power planned and panted those rhododendrons so beautifully in the area that they protected and named the Varsey Rhododendron Sanctuary.

Rabangla is positioned at an altitude as high as 7400 feet in south Sikkim. It is calm, isolated and finally leads you to the highest point of the mountain…Maenam Hill. Rabangla is located in a ridge between the Maenam and Tendong peaks.The forest in Rabangla is a nest for Himalayan birds which are mostly unique and restricted to this forest only like bluefronted redstart,laughing thrush, bubbler green backed tit and a lot more. There are a couple of wooden inns at Rabangla. From Rabangla to the Maenom hill top is enthralling and will keep rolling various sights worth viewng. Halt for a while at Mainom Wildlife Santuary and gear up your kinetics to climb up through rhododendrons chesnut and creepers and even deers and wild bear and reach the small hermitage containing the image of Guru Padmasambhava. A 4 hours of uphill climb from here will bring you to the Maenom top. The pristine view of Kangchendzonga Range will startle you on a smog free day.

Ok now this is real compact and often referred to as a hurricane package which involves both driving and hiking. What you would not come across is dust, pollutants and cars and what you would bump into are monasteries, tribal villages and some awesome view points. Yuksam has the credit of being the oldest monastery in Sikkim-Dubdi,which etymologically means “the retreat” and was founded by Lhatsung Namkha Jigme.

Nibble on something light as u have to hike more and then proceed for Tashiding. Another spectacular monastery founded by Ngadak who was one of the three wise men who was present in the coronation ceremony of the King of Yuksam.

Next is the Khechupeltri lake. Clear transparent and celestial are just a few of the adjectives to describe this lake. Not a dry leaf can be seen floating for as per the localities belief even if something floats it’s picked by untrained birds. The locals have high regards for this lake and call it a “wishing lake”. You visit and you never know the incentive might be an old wish getting fulfilled.

Enough of inhaling the aroma of adventure by still being in your comfort zone. All the monasteries and sanctuaries are just a prequel to your crazy adventurous hiking experience. I am talking about the beautiful natural lakes that Sikkim is bestowed with.

Cholamu lake or the TSO Lhamo lake is set at an altitude of 5486 metres and is the highest lake in India. Passing through the Donkania Pass you will reach the Tibetian Pass and a walk from there will lead you to Tso Lamho Lake .The ambiance here is the kind that is not penetrated by the roars of city life.

Gurudongmar Lake which is perched at a height of 5243 mts in North Sikkim is the second highest lake in India. No matter its high, freezing and your ears getting blocked, mythology has her wings spread everywhere. This lake is believed to be named after Guru Nanak and it is also believed that the latter broke the ice top with his stick and prognosticated that the top will never freeze and hence never cease to be a water body. In the late 20th Century a Gurdwara was built nearby.

So this is what Sikkim will unfurl in front of you… a mixed bag of scenic beauty, hill tops, lakes and jungles. It beckons trekkers from far to come and exploit her abundance nature. Team up with your enthusiasm, sustainability and confidence to fight…as you are a soldier .Your thirst for trekking being your sword and your wisdom and experience being your buckler, the trekking junctions of Sikkim continue to be your battlefield