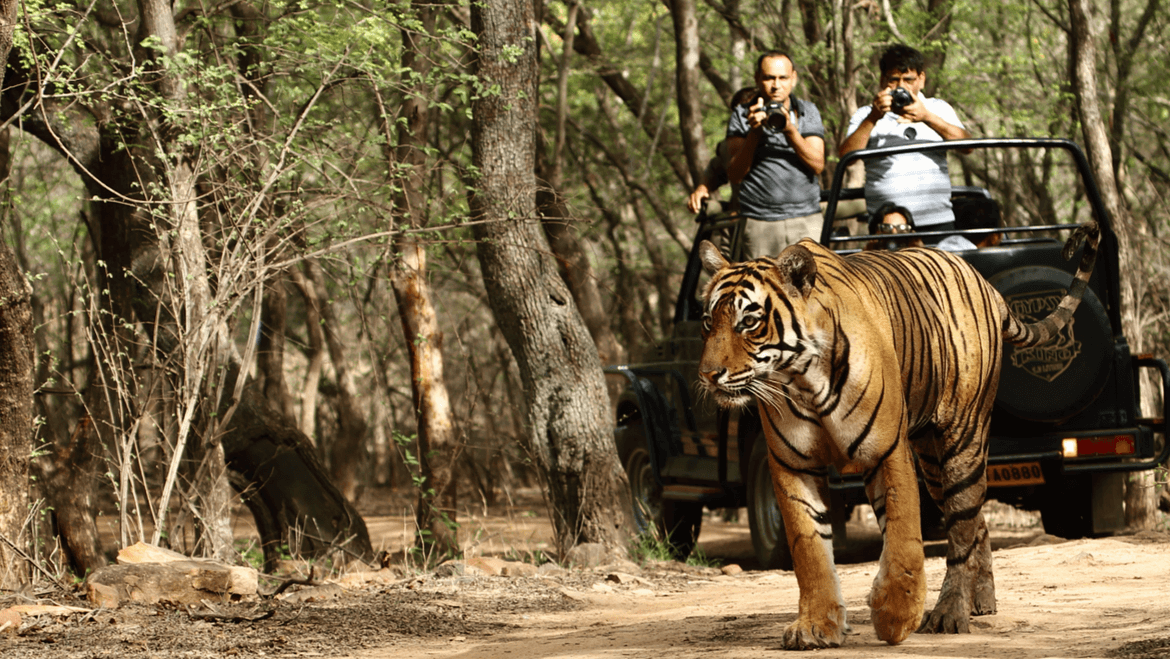 The Forest Department in Rajasthan has plans to initiate Night Safari in Ranthambore National Park. However, this plan is facing flak by the wildlife activists in its initial approach itself. As per the report, two proposals were discussed in the recent state wildlife board meeting.

According to Forest Minister Rajkumar Rinwa, the proposals will not go against the NTCA (National Tiger Conservation Authority) guideline and the park would only keep 20% of the core area open for the night visits. He also stated that a few countries also have night tiger tourism. As per Chief Wildlife Warden G Vishvanath Reddy, the park shall not let increased hours of tourism go NTCA guidelines. Tourist activity will be regulated and specific routes with a limited number of vehicles will only be available for night tourism in Ranthambore National Park.

It is to be noted that the proposals have been opposed by wildlife activists who believe that increasing tourism was never the aim of wildlife reserves; instead focus should be on conserving animals like tiger. It is also to be noticed that last week, the state anti-corruption bureau had raided the reserve and found more than the permitted number of vehicles and tourists. Last year, the authorities of the park also faced opposition for shifting the tiger called T24 from the wild to captivity. The activists accused the Forest Department of falling for tourism prosperity.

Other Important Resources for Rajasthan Tourism: