Bandhavgarh National Park – A Date with Wildlife and History 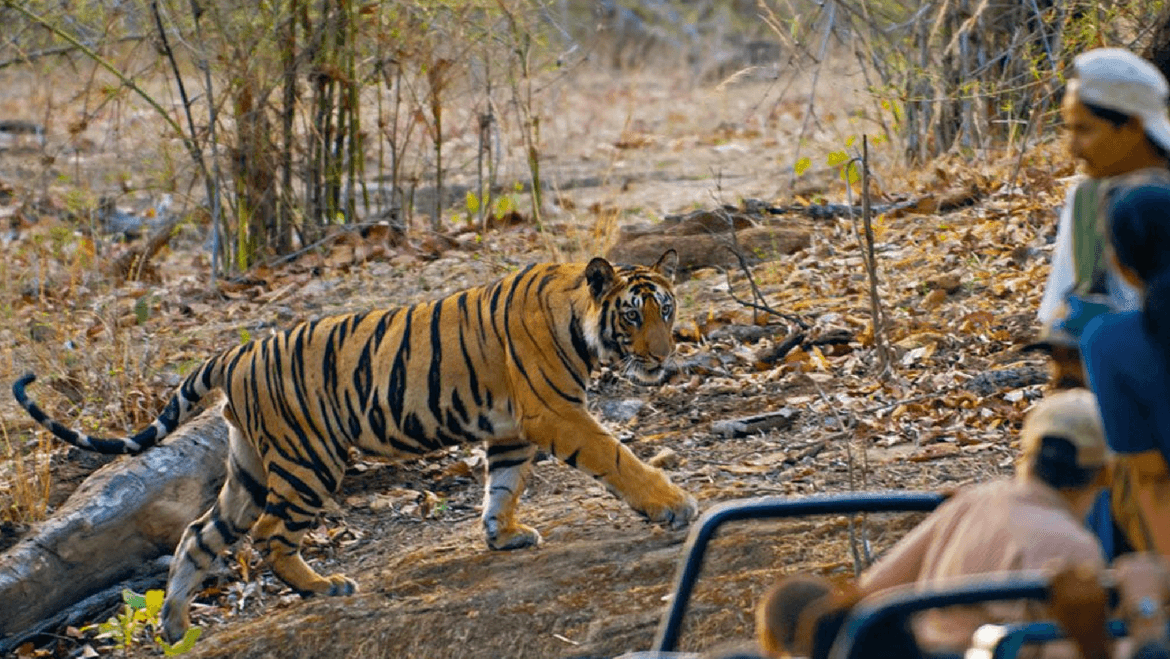 The park has acquired its name from an ancient fort, known as Bandhavgarh Fort, which is located in the centre of the park. The fort has great mythological significance. It is believed that it was given by Lord Ram to his younger brother Lakshman, and its mention is also found in many ancient religious texts. There are no historical figures available that can provide a reference with respect to its date of construction, but it’s considered to be around two thousand years old.

The park has around twenty streams of water and many lakes. Several man-made caves, with ancient inscriptions and carvings can be found in the park, especially around the ancient fort of Bandhavgarh.

The park prides itself on having the highest number of Royal Bengal tigers in the whole country. Their present number is estimated to be around 46 to 52,therefore the chances of spotting a tiger are very high. Due to this reason a great number of people visit the park in the hope of catching a sight of the grand and mighty beast. Initially it was a hunting place of the Royal family. Later it was converted into a national park in the year 1968.

The best time to travel to Bandhavgarh is from February to June. The park remains closed for the period of four months (from 1st July to 15th October) due to the monsoon season. The temperature in winter can dip to as low as zero degree Celsius and usually varies from zero to 20 degree Celsius. The timings of the park change according to the season. Like in winters they change due to the shorter days; the entry time is delayed and the exit time is earlier as compared to the summer schedule. There are two ways of exploring the park – Jeep Safari and Elephant Safari.

You can take the jeep safari either in the morning or in the afternoon hours. It’s available twice in a day. In one open jeep, six people can travel along with a guide and a driver. On each excursion, a limited number of jeeps are allowed to go inside the park so that the park doesn’t get overcrowded. So you should make advance bookings for the same to avoid disappointments.

Elephant safaris are usually undertaken to track the Tigers early in the morning. An elephant can easily reach/arrive at areas which are inaccessible for the jeep, making it a more suitable option for your search. Even if somehow you are not able to see a tiger, you would be able to see the raw and untamed forest from very close quarters.

The Wild Inhabitants – Many varieties of plants, animals and birds inhabit the park, with major trees being Sal and Bamboo. Besides tigers, some of the other attractions of the park include – Leopard, Chital, Chinkaras, Nilgais, Bengal Fox, Black-faced Langurs, Hyenas and many others. The park housesseveral species of birds like Black Vulture, Egyptian Vulture, Steppe Eagles, White-bellied Drongos, Blossom-headed Parakeets, Green Bee-eaters, and many more.

How to reach Bandhavgarh National Park?

By Air: The nearest airport is at Jabalpur, which is about 200 Km away. You can make the journey more delightful by taking a flight to Khajuraho from where the park is about 250 Km, which can be covered in a bus or a taxi. Firstly, you can visit the Khajuraho temples, which are a wonder in their own right. They have been recognized by UNESCO as a World Heritage site. The path from Khajuraho to the Bandhavgarh National Park can be long, but the path is strewn with places which are worth seeing – like the river Ken, some of its areas have been declared as a crocodile sanctuary; Panna town, which is famous for its diamond mines and many more amazing sights.

By Rail: The nearest railway stations are of Umaria (35 Km) and Katni (100 Km). Katni railway station is well-connected with the major cities of India. Umaria, on the other hand, is connected to three major centres – Jabalpur, Delhi and Puri. Both Jabalpur and Delhi are easily accessible with the rest of the country via / through air transport.

Bandhavgarh National Park is an incredible mix of wildlife and history. Other than the park and the fort, there are many places around the park that can be explored, hence making the trip a worthwhile endeavour.