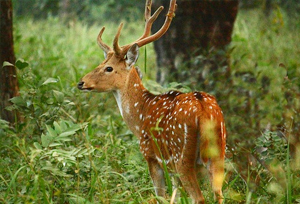 Best Time to Visit: May to June

Himachal Pradesh is endowed with the most varied geographic divisions and climatic variation. Explore the best of the Himachal Pradesh's jungles at Kanwar Sanctuary. It is simply thrilling to see the untamed and ferocious animals sauntering freely in their natural habitat.

In the thick of the sanctuary, tourists can catch sight of multiple lakes, springs and religious sites. Lying in the bio-geographical zone of the north-west Himalaya, the park is a confluence of a temperate deciduous forest, Himalayan subtropical broadleaf forest, mixed coniferous forest, alpine dry pastures and alpine dry shrubs. 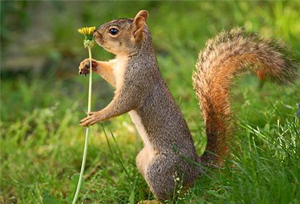 The Kanwar Sanctuary was established in February, 1954, and is extended over an expanse of 60.7 square kilometres. Located at quite elevation, terrains and landscapes of the sanctuary are rocky. A major portion of the sanctuary is covered with thick canopies of deodar and fir trees which prevents the view of the sky.

Kanwar Sanctuary is home to the rare "Western Tragopan" and 200 species of birds and over 30 species of mammals. Amongst the bird population, Cheer Pheasant and White Cheeked Tit are the most prominent which can be seen here. Animals which can be found inside the boundary of the Kanwar Sanctuary are Barking Deer, Serow, Golden Jackal Goral, Leopard, Himalayan Palm Civet, Common Giant Flying Squirrel, Himalayan Weasel and Yellow Throated Marten. Kanwar sanctuary is an ideal place to witness the imposing beauty of the forests and their endless range of wildlife. Trekking is probably the best way to ramble through the charming meadows and hidden lakes of the sanctuary. This journey unveils the beauty of the Himalayan region.

Be it the north, south, east or the center of the sanctuary, each region offers something distinctive and awe-inspiring. There are a number of bridle paths and intersected roadways in the forest and you can get the help of forest officials for a smooth journey through the dense woodlands.