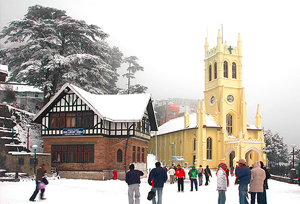 Himachal Pradesh is dotted with many places which depict the unity of India. Respect towards every creed has been prevailing in the roots of India since prehistoric times. Christianity is a major religion that is fervently practiced by the Christians of Himachal Pradesh. 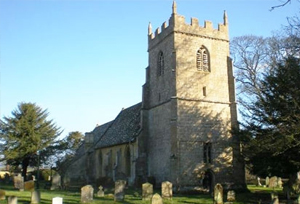 Shimla was the summer capital of the British for 75 long years. A one of its kind, the Christ Church of Shimla is a throwback to the Victorian era and holds great historical significance as it is the second oldest cathedral built in North India. The cathedral's dramatic towers, spire, stained glass, and statuary are most impressive. It was built between 1844 and 1857; the cathedral contains some moving Raj-era memorials and fine stained glass. Considered as a major landmark of Shimla, the Church is the most important legacy of the British era who ruled India for many years. The Church is at its best during the night, when it is ablaze with lights that add to its spiritual charm.

"It is the last place in all India at which it is necessary for the government to be put at the expense of building a church", quoted by the British Governor General of India, Lord Ellenborough. He was approached by the people of Shimla to build a Church in the region. 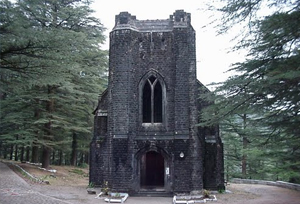 On a spiritual tour to Himachal Pradesh, tourist can also visit the colonial churches of Dalhousie. The town is a throwback to the colonial era, and is dotted with Scottish churches and Victorian bungalows scattered across its hilly terrain. Thanks to its picturesque beauty and greenery around it, the St Andrew Church is often deemed as the "Church of Scotland." The St Andrew Church was built in 1903, and follows Protestantism. Yet one more addition to the list of most beautiful churches in Himachal Pradesh is St Francis Catholic which was built in 1894. The interiors of the Church are utterly fascinating which gives glimpses of the architecture of the British era. Whether the tourist is a god-lover, history buff or an avid reader; he/she would love to visit this church.

The Christ Church in Kasauli is the oldest church of Himachal Pradesh. The church was built in 1853 and its facades are pretty stunning. Set amidst chestnut and fir grooves, the church is decorated with stained glass windows which were imported from England when the Church was being made.

Other important churches within the vicinity of the Himachal Pradesh are St Michael's Cathedral in Shimla, St. Mary's Church in Shimla, Church of St. John in in McLeodganj, Baptist Church in Kasauli, St. Patrick's Church in Dalhousie, and St. John's Church in Dalhousie. These charming churches reflect the past colonial culture of Himachal Pradesh. Over the years, these places have emerged as top tourist attractions. These chapels are best viewed during the period of Christmas, when it is ablaze with lights that add to its spiritual charm. During the festive season the Church is decked up in lights while people are busy in singing hymns.

Himachal Pradesh houses the finest and most architecturally complex Chapels in India. If the tourist a churchgoer then they should visit the Church, attend the service, and should consider for a minute, what it feels to be in one of the most famous churches in the India.