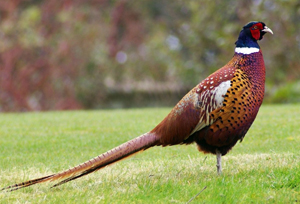 Best Time to Visit: April to June, October to November

Churdhar Sanctuary is a tiny reserve on the foothills of Himalaya, perched right at the top of the Churdhar Peak. Located in the middle of alpine trees and green grassy pastures, the sanctuary is the dream place to have an encounter with the wild side of the Himachal Pradesh. From the top of the peak, wildlife enthusiasts can take home some amazing views Churdhar Peak. The wildlife sanctuary holds a religious significance as well. There is a vivid statue of Lord Shiva within the sanctuary; it is a holy place of Lord Shirgul Maharaj.

The sanctuary was acknowledged as the wildlife reserve in India on 15 November, 1985. Tourists who visit here are impressed by the sheer beauty and abundance of wildlife present in the area. The sanctuary is perched at an elevation of 3647 m above the sea level on the highest mountain of outer Himalaya, Churdhar peak. From the top of the peak, visitors can relish the view of wild Gangetic plains and the Satluj River on its south and Badrinath towards (a well-known Hindu pilgrimage) its north. Also seen from here is the picturesque and serene landscapes of Chakrata and Shimla. 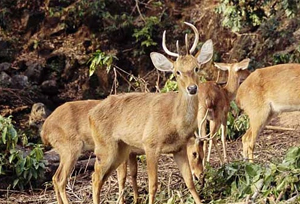 The sanctuary is quite renowned for being a habitat of herbal medicine trees and plants. Wild Himalayan Cherry, Aloe Vera (Dhrit Kumari), and Amaranthus spinosus (Chulai) are some of the best aromatic plants which can be found here, and these herbs possess amazing medicinal properties. The main trees in the sanctuary are oak and deodar.

Here tourist can get an opportunity see the untamed and wild side of the nature. Tourist can lay eyes on Monal, Musk Dear, Barking Deer, Himalayan Black Bear, Leopards and Langur which can be found here frequently. Musk dears, leopard, goral, wild boar, Asiatic black bear and pika keeps on roaming on the green grassy pastures of the sanctuary.

The Perfect way to scrutinize the beasts and avid landscapes of the jungle is through the medium of trekking. Some of the best treks in Himachal Pradesh including Nohra, Pulbahal and Sarain pass through the verdant, criss-cross boulevard of the wildlife reserve. For adventure lovers, this sanctuary offers some amazing trekking routes and other activities that can be enjoyed in the area.

Though the sanctuary is not regulated by any authority, it is the duty of all the tourists not to bug and kill any animal or to disturb the natural equilibrium of the sanctuary. Plan a short trip to the Churdhar wildlife sanctuary and witness the natural habitat of untamed wild beasts.