Udaipur: The Venice of the East 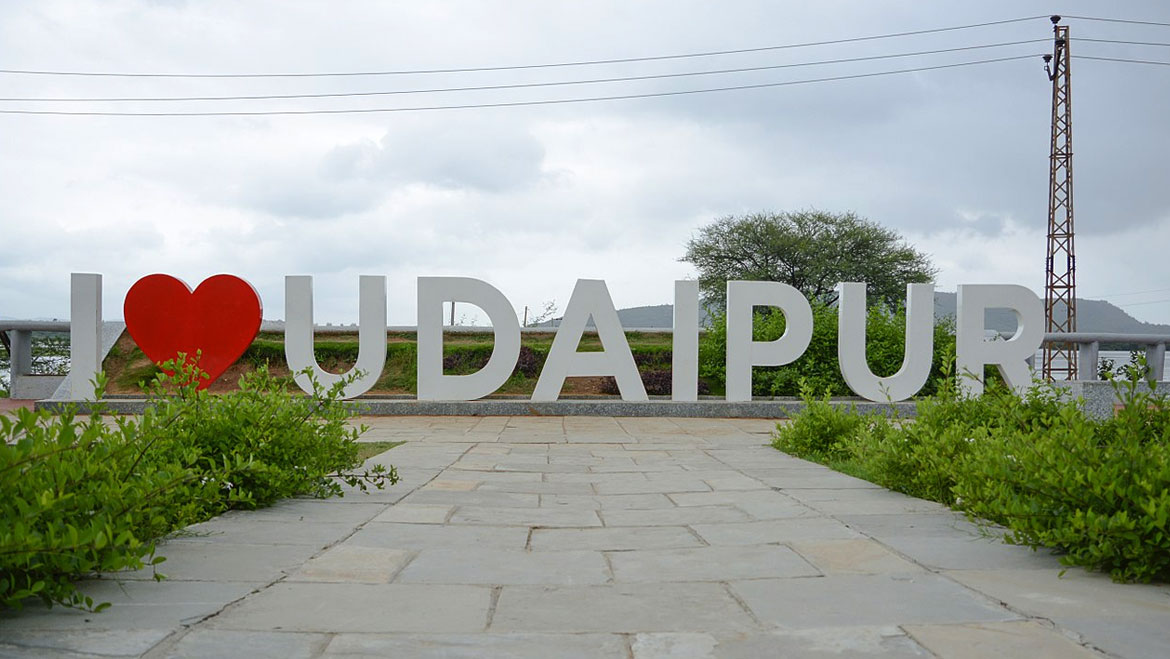 Udaipur, acclaimed as the most romantic & heritage city in the world, is settled in the state of Rajasthan in India. It is built around and on the Aravalli hills. Many lakes of the city add to the beauty of the historical city. These lakes were mainly created, to meet the needs of drinking water and irrigation, by building dams.

Historically, Udaipur was the capital of the former kingdom of Mewar. It was founded in 1559 by Maharaja Udai Singh II. The land of Udaipur is drenched in history, and its culture floats in the air. 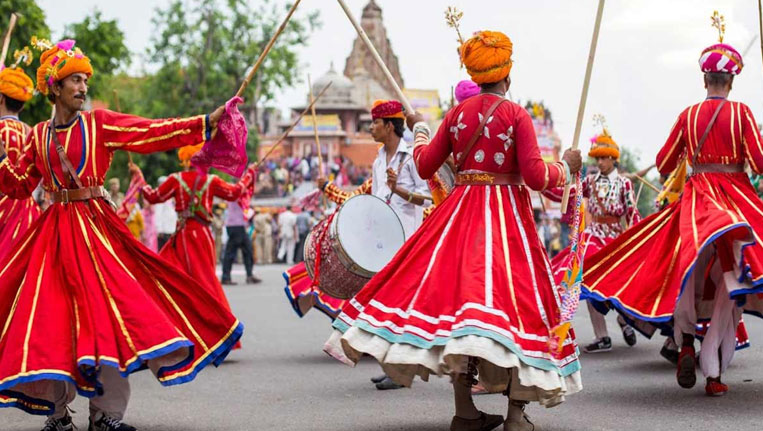 Udaipur hosts fairs and festivals which are celebrated with great enthusiasm. The most important of them are Ganguar festival, Mewar festival and Shilpgram fair.

Gangaur is another important festival which is celebrated by women with great zeal and devotion. Goddess Parvati is worshipped by unmarried women to find good husbands, on the other hand, married women worship her for total well-being and long life of their husbands, and a joyous married life. Mewar Festival is held during spring (March – April) to welcome the season of spring. It is marked by Rajasthani songs, dances, processions, fireworks. Its celebration coincides with the festival of Gangaur.

Shilpgram fair is held annually during the month of November/December as winter is considered as the most appropriate time to visit Udaipur. This fair is organized to promote the art and craft of Rajasthan and goes for 10 days. It gives a platform to the local arts to get recognition and the local artisans have a market where they can show off their works. There are also various musicians and dancers who entertain you while you go through various rustic artifacts, thereby making the atmosphere colorful and lively.

Other fascinating festivals which form an integral part of the vibrant culture of Udaipur are Shriji’s Birthday, Ashwa Poojan, Holi, Kartik Poornima, and Hariyali Amavasya. 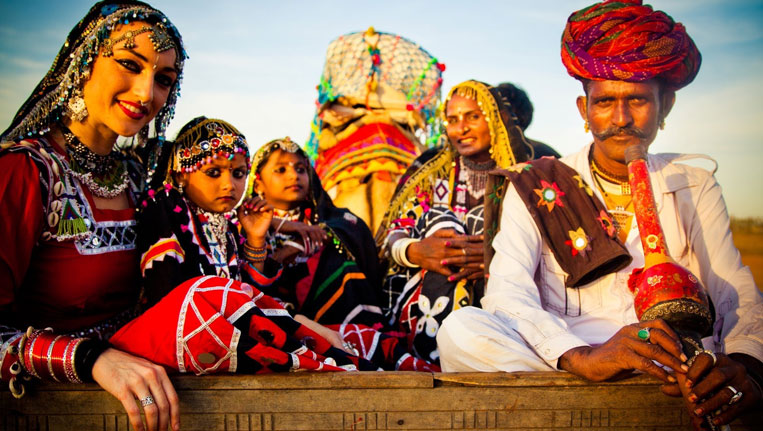 The traditional attires and accessories of the people are bright and colorful, and are usually worn by them during festivals and at certain ceremonies. The people of rural areas still wear the traditional colorful folk dresses and jewelry.

The music and dance of Rajasthan are so popular that they are one of the symbols of Rajasthan and its rich culture. The dance forms like Ghoomar, Gait Ghoomar and Chari in which the dancer places a pot on his/her head, and then a lamp is placed above it; can be recognized as typical of Rajasthan.

Most Popular Places to Visit in Udaipur 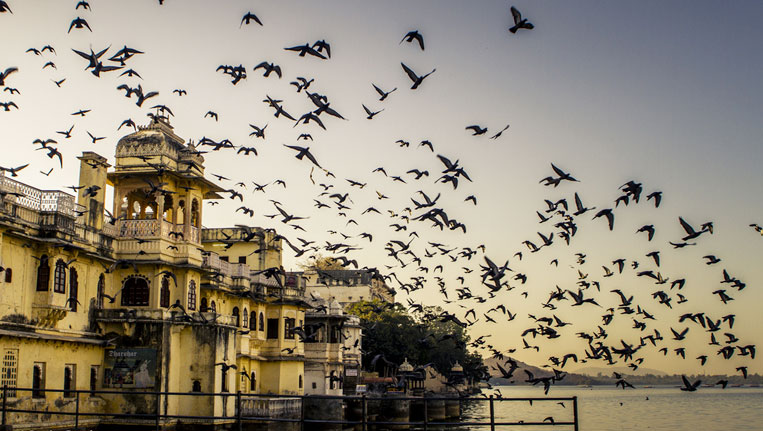 Lake Pichola is one of the most beautiful and scenic lakes of Rajasthan. It is located at the heart of the city and holds the distinction of being the oldest and largest lakes of Udaipur. Lake Pichola is an artificial fresh water Lake which was created in the year 1362 AD, and was named after the Picholi village, which is nearby it.

In Lake Pichola there are four islands, all consists of palaces (ranging from small to big). Lake Palace is the most beautiful and famous palace built on the Lake. It has now been converted into a luxury hotel. One of the islands on the lake, called Arsi Vilas, has been turned into a bird sanctuary.

City Palace is a large palace which is situated on the east bank of Lake Pichola. It encompasses many palaces within itself. It’s a blend of Rajasthani and Mughal styles of architecture. Being built on the top of a hill, it gives a bird’s-eye view of the incredible city.

This 15th century fort was built by Maharaja Khumbha, and comes second only to the fort of Chittorgarh with regard to the significance and grandeur. The walls of the fort are about 36 Kms in distance, making it the second longest wall in the world, after the Great Wall of China. The fort is made on the top most hills of Aravali and is around 1914 meters above the sea level. As per the historical records, this fort has never been conquered, and hence is known as unconquerable. The fort contains a great number of palaces, gardens, and temples.

The temple is located in Nagda. Nagda is a small town which comes between Udaipur and the town of Nathdwara, and is situated next to the Lake Bagela. The temple is devoted to Lord Vishnu. It is located in a quiet environment surrounded by mountains, fields, and lake. The outer and inner walls of the temple are adorned by intricate cravings of gods and goddesses.

It was built in 734 A.D. It has a four-faced Shiva idol, made from black marble, and is about 50 feet in height. It is one of the most renowned temples of Rajasthan, and a must visit in the itinerary of all tourists.

It is a temple located near Fateh Sagar Lake. It is believed that Neemach maa was the clan goddess of the Maharanas. The idol of mata is made of stone, and is 56 inch high and 23 inch wide. The temple is also known as the ‘Udaipur ki Vaishono Devi’.

It is one of the five major holy places of Jains, and was built in 15th century. It is dedicated to Lord Adinatha. It is a wonderful piece of architecture and was on the list of 77 wonders when the new seven wonders of the world were to be decided. It may not have got selected in the seven wonders, nevertheless a breathtaking marvel. The temple is completely built of light colored marble. There are nearly 1400 pillars that support the structure of the temple and all of them are magnificently carved by the artisans of 15th century.

The museum has an impressive set of ancient sculptures, antiques, paintings, coins, inscriptions, and other artifacts. It is located inside the complex of the City Palace. The museum is also known as the Pratap Museum.

It is one of the most beautiful gardens of Udaipur. The garden is embellished by rich green lawns, elephants made from marble which sprinkle water, lotus pool, and many other appealing things providing an amazing view and intoxicating feel.

Udaipur is so fascinating; it’s a land of festivals, colors, and lively people who celebrate life while keeping their traditional culture close to their hearts. So travel to Udaipur to sing and dance, to get drenched in the history, bask in the glory of grand palaces, ancient holy shrines, and the beautiful lakes and mountains which surround them. For Special offers & deals on India Holiday Packages call our tour executive at +91-9212777223.