Nothing short of magic, Tibet is a travel destination that you visit for indelible memories. It wouldn’t be a mistake to call Tibet a canvas painted by an expert painter with precision and perfection. There are so many shades of blue, brown, and green in its landscape that will compel you to polish your skills of recognising colours. Undoubtedly, Tibet’s natural beauty is breathtaking, however, its monasteries, stupas, traditional houses also add charisma to its silhouette. What makes Tibet even more irresistible place to visit are the disarming smiles and hospitality of its locals.

An autonomous region of China, Tibet is mostly referred to as the ‘Roof of the World’ since it is the highest plateau in the world with an average elevation of 4000 m. Here you are greeted with a surreal landscape comprising of lofty snow-clad mountains; azure/turquoise sacred lakes; expansive meadows; gigantic glaciers; gurgling rivers; and hot springs.

Tibet, as we know, is a thriving Buddhist pilgrimage destination, and its monasteries indeed adorn its silhouette. Jokhang Temple, Kumbum Stupa, Samye Monastery, Sera and Tashilhunpo monasteries are all quite an important part of the Buddhist religious tour in Tibet. Not only this, the imposing Mount Kailash and stunning Lake Mansarovar also reckoned to be important religious sites not only for Buddhists but also for Hindus, Jains, and Bon.

The opportunity of adventure is the bridge between the stunning landscape and sacred destinations. Yes, Tibet makes for a unique place to challenge yourself as an adventurist. This autonomous region of China is replete with spectacular trekking trails and a plethora of opportunities for mountaineering, mountain biking, and several other adrenaline-rushing activities.

A treasure trove of culture, history, and several surprises that you can only have when you are at this top destination in Asia, Tibet is indeed a not-to-miss. The land is both exotic and humble, compelling travellers from around the delve deeper to have an authentic experience that is often missed at a commercial tourist destination. 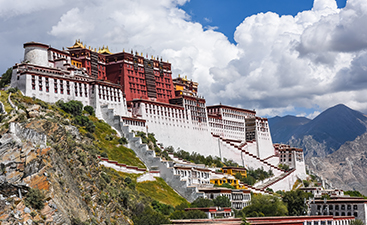 A spiritual getaway unlike no other, Lhasa is a teaser of what Tibet is all about. Famed for its backstreet temples, the Potala Palace, and modern boulevards, Lhasa is a de Read More 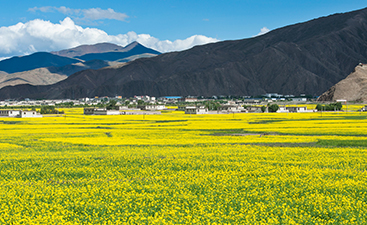 Dubbed one of world’s highest cities, Shigaste of Xigatse is a peek inside the cultural heritage of Tibet. An important religious centre with a 600-year-old monastery, th Read More 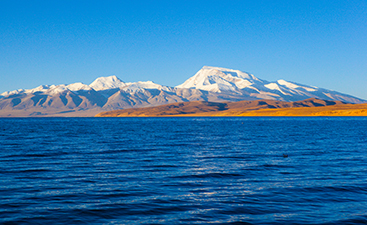 Home to the sacred Mount Kailash and Lake Mansarovar, Ngari or Ngari Prefecture is an unmissable destination for Buddhist pilgrims. The place boasts surreal towns and villa Read More 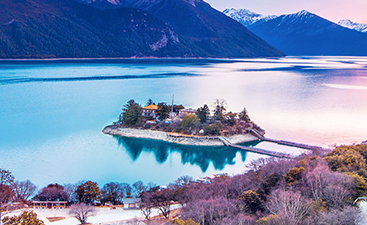 The land of the azalea-filled meadows, gorgeous lakes, and deep gorges, Nyginchi is unlike any place in Tibet. It makes for an ideal tourist destination in Tibet for all th Read More 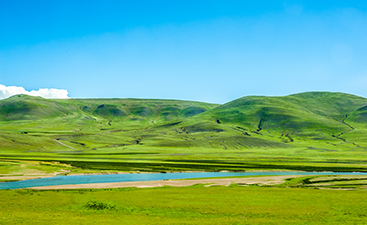 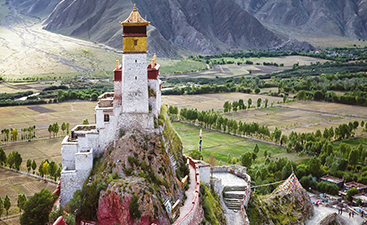 A beautiful destination adorned with ancient temples and palaces, holy lakes,and the largest tombs of the Tibetan kings, Tsedang is where one get a glimpse of rich Tibetan Read More 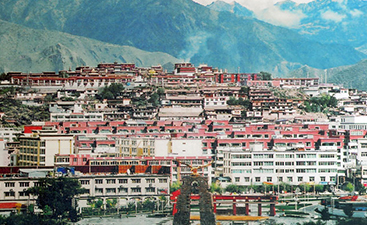 Offering a spiritual and natural retreat, Chamdo in Tibet is a destination to fall in love with. Situated at the junction of Dza-chu and the Ngon-chu, this scenic destinati Read More

The most important landmark of Tibet, Potala Palace is an unmissable attraction in Lhasa. A UNESCO World Heritage Site, the palace was once the resident of Dalai Lama, and Read More 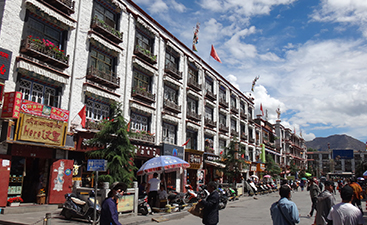 An ancient round street around the famous Jokhang Temple in Lhasa, Barkhor Street is something the natives are quite proud of. Crammed with shops selling religious as well Read More 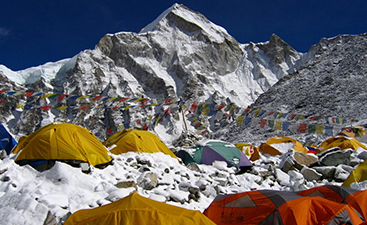 Undoubtedly one of the top attractions in Tibet, Everest Base Camp is indeed the best way to witness world’s tallest peak at close quarters. Situated at 5100 m, EBC is an Read More 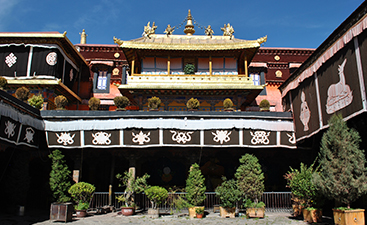 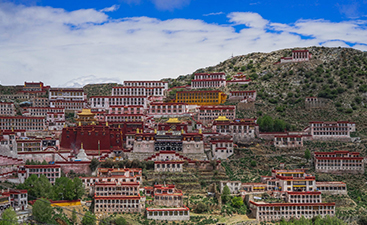 Dubbed one of the “great three” Gelug university monasteries of Tibet, Ganden Monastery is an important Buddhist pilgrimage destination near Lhasa. This 15th ce Read More 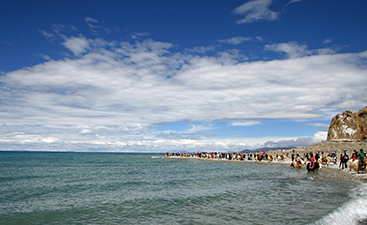 World’s highest Salt Lake, Namtso is a surreal destination in Tibet. Sitting at a height of 4718 m, this pristine sapphire lake is also a pilgrimage destination. Nature l Read More 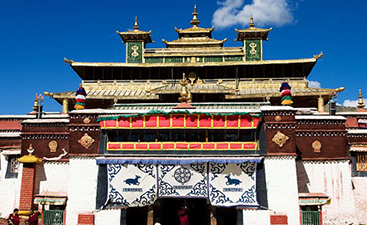 One of the ‘great three’ monasteries in Lhasa, Sera Monastery is known for its large size and holding distinctive debates on Buddhist doctrines. This must-see Buddhist Read More 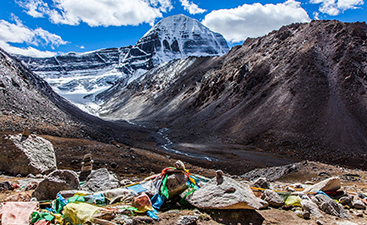 Considered holy in Bon, Buddhism, Hinduism and Jainism, Mount Kailash is amongst the top attractions to see in Tibet. With an elevation of 6638 m, this sacred mountain is c Read More 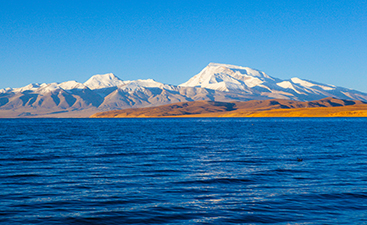 Situated at the foot of Mount Kailash, Mansarovar is a lake believed to be sacred in Jainism, Buddhism, Hinduism, and Bon. This pristine high altitude lake at 4590 m is als Read More 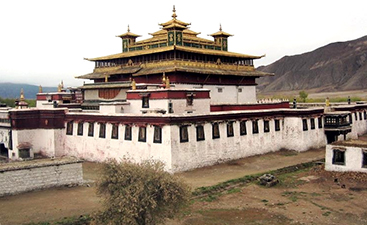 Reckoned to be the first official monastery in Tibet, Samye Monastery is indeed a not-to-miss destination. Best known for its architecture, the monastery is adorned with st Read More 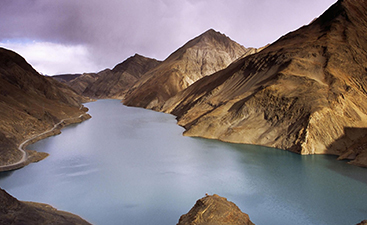 Revered as one of three largest sacred lakes in Tibet, Yamdrok is both a pilgrimage destination as well as a popular tourist attraction. Surrounded by lofty mountains, this Read More 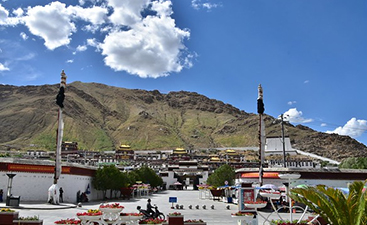 The second largest monastery in Tibet, Tashilhunpo Monastery in Shigatse/Xigatse is historic and culturally important. This imposing monastery sits on a hill often crowded Read More 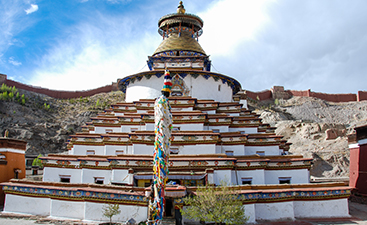 The top attraction of the Pelkor Chode/Phalkhor Monastery in Gyantse, Kumbum Stupa is a three-dimensional mandala meant to portray the Buddhist cosmos. This sacred site is Read More 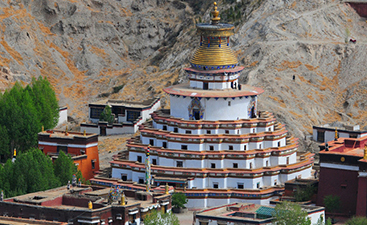 An inseperable part of the Gyantse County in Tibet, Palkhor or Pelkor Chode Monastery is a prominent Buddhist pilgrimage. Adorned with murals, Kumbum Stupa, and several rel Read More

Top Things to Do in Tibet

The Tibetan plateau is best explored on a bicycle as it allows both slow and exciting travel experience.

Tibet is replete with a plethora of trekking trails that often lead to some exotic destinations.

Sleeping under the sky lit by millions of stars and surrounded by the exquisite landscape, a camping experience in Tibet is unparalleled in so many different ways.

Witness the quaint life of Tibetans at close quarters and experience the affinity of the locals with their yaks while you also relish delightful vistas of this surreal destination.

With monasteries, sacred lakes, mountains, and stupas dotting its land, Tibet gives devotees an incredible opportunity to seek the blessings of the supreme power and be soaked in spirituality. 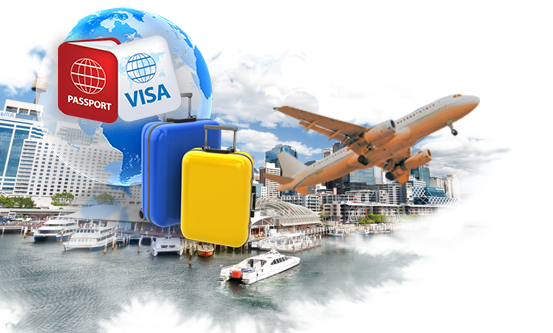 Tibet Visa/Travel Permit is required by the international tourists to enter Tibet in addition to Chinese Visa. For every foreign traveller, Tibet Permit is mandatory as an entry pass to board the flight or Tibet-bound trains for Lhasa. Click on the link to learn more. 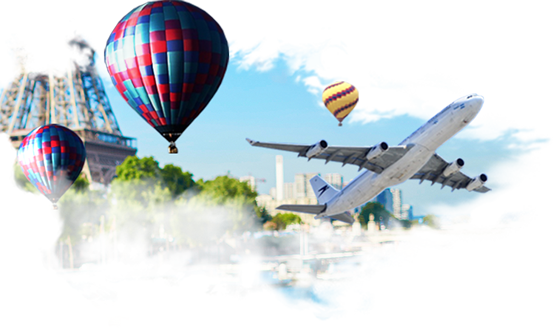 The best time to visit Tibet is from April to October, when the snowfall ceases, and all the trekking routes and offbeat destinations are accessible. Tourists wishing to see snow can visit Lhasa in the winter months between December and March.