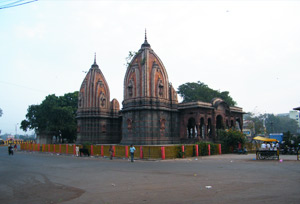 One of the most popular and beautiful cities of Madhya Pardesh (MP), 'Indore' has always fascinate its toutists with the charisma of its architectural magnificence and intriguing history. It has been a home to various historical monuments and religious places, built by the great Maharashtrian rulers 'Holkar' who ruled the city for several years. The rich cultural heritage of Indore makes it one of the most revered destintion in MP, which has a lot to offer to the people who come here on holiday tours. Your holidays in Indore can be exciting and wonderful if you visit its magnificent palaces, beautifully carved temples, and ancient forts.

The beautiful city of Indore is located on the banks of the River Khan and Sarawati and is known for its architectural splendor in the form of monuments, palaces, and forts. It is said that Rani Ahilya Bai Holkar of Indore was a great fan of architectural designs and she used to spend a lot of money on the construction of temples and forts in and around Indore. The love and respect for the queen in the heart of people of Indore, resulted in the construction of her statue in the center of the city, near Rajwada. Her great constribution to the city is still remembered by the people here.

Indore Tourism provides great experience to people with varied interests including general tourists, history lovers, art lovers, and religious minded people, who love visiting popular attractions in Indore like Rajwada, Chattri Bagh, Kanch Mandir, Lalbagh Palace, Bada Ganpati, etc. Indore city has a great cultural heritage as it is ruled over by some of the greatest rulers, who constructed many historical monuments and temples here to showcase their legacy. 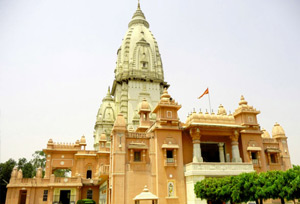 Indore is a home to many industries, like automobile, textile, IT, etc. and it gives ample of scopes to students and businessmens to find work opportunities in the city. The city is becoming the IT hub of the state of MP as more and more educational institutes are coming here, which are amongst the best in the country. The most famous of them all is IIM Indore, which is amid the pioneer management institutes in India. Another renowned educational institute in the heart of Indore is Devi Ahilya Vishwa Vidyalaya, established in the year 1964. IIT Indore and Crystal IT Park too are part of the great educational and technology center of Indore.

Since, Indore is a hub of educational insititutes, a lot of youngesters visit the town every year, giving the city a cosmopolitan lifestyle. The city is famous for its food, festival, and handicrafts that give tourists a wide opportunity to spend quality time with family and friends and relish their holidays in the heart of India i.e. Madhya Pradesh.

Things to do and see in Indore 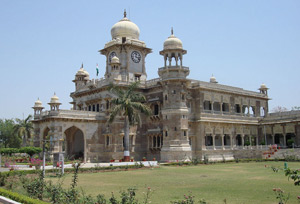 Festivals in Indore Indore is a popular tourist destination of India and is known for both its historic magnificengce and metropolitan lifestyle. There are many festivals celebrated in the city like Holi, Deepawali, Ganesh Chaturthi, however some are unique and are only celebrated in Indore like Anant Chaudas, Rangpanchami, and Ahilya Utsav. While Anant Chaudas is celebrated in September, Rangapanchami is celebrated from the time when Holkar used to rule the region, five days later Holi. This is a festival of color and music that fills the air of Indore every year on the day of celebration.

Anant Chaudas involves taking out the huge idol of Lord Ganesha and immersing it in water at night just like Ganesha Chaturthi. Ahilya Utsav is an annual festival, celebrated in the memory of the brave and most loved queen of Holkar kingdom, 'Rani Ahilya Bai Holkar'. Navratri is another popular festival, celebrated in Indore at the Bijasen Mata temple, with a fair, organized in the temple complex itself.

Where to Stay in Indore You are staying away from your home and you need to make sure that your stay is comfortable and relaxed! Don't worry, Indore is a big city and there is absolutely no problem of accommodation here. A good range of hotels and resorts are available in Indore with world class amenities to make you feel relaxed and delighted on the same hand. One can choose hotel depending on their requirement and budget. Even a simple guest house in the city, provides all the neccessary and basic facilities to the tourists; check out some good hotels in Indore to add memories to your trip.

Shopping in Indore Indore is famous for many things and clothes are one of them. The cloth industry of this city is renowned nationwide. It is a shopper's paradise with all types of shops from International brands to local shop, selling different types of fabrics like zari, Chanderi, dye cloth, hand block printing fabric, etc. Some the popular markets that you must visit during your tour to Indore are Sitlamata Bazaar (Chanderi and Maheswari saree), Bada and Chota Sarafa Market (jewellery), and Marothia Bazaar (arts and crafts).

Where to eat in Indore If you love food, you are at right place! Indore is a foodies paradise and it offers everthing that satiate your cravings, especially the urge to gorge tangy, crispy, and salty snacks like Poha Jalebi, Sabudana Khichdi, Sev puri, etc. In addition to this, the city offers North, South, West, and East Indian cuisines at various eating joints in Sarafa Market and Chapan Market. Some of the popular sweets of Indore are Gajak, Gulab Jamun, and Rabri.

By Air: Indore is conveniently located in the center of India, making it easily accessible from all the major cities like Bhopal, Gwalior, Ahmedabad, Hyderabad, Kolkata, Nagpur, Jaipur, Raipur, Delhi and Mumbai. Indore airport is just 8 km away from the city and one can hire a prepaid taxi or even take a bus from the airport to reach hotel.

By Rail: Indore railway station is connected through Ratlam division of the western railway and is accessible from the major citities in India including Mumbai, Pune, Nagpur, Delhi, Jaipur, Ahmedabad, and Vadodra

By Road: Indore is well connected to other cities of the state through state and national highways. Regular bus service is available from cities like Bhopal, Gwalior, Ujjain, and Sanchi to reach Indore

Best Time to Visit
Winter is the best time to visit Indore as the temperature remains pleasant and comfortable during this time, apt for strolling in the city and visiting all the famous spots. You can plan your holidays in the months of October, November, December, Janaury, and March.