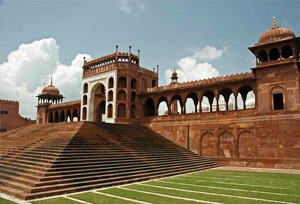 Renowned as the Lake City for its several natural and artificial lakes, Bhopal is the capital of the Indian state of Madhya Pradesh. It's a beautiful place that greets every tourist with its richness of tradition, which is enlaced with the modern life. Situated on the place where the ancient town of Bhojapal was stood once. Discovered by Raja Bhoj, the city has two beautiful lakes that are located in the centre of the city. Known as one of the greenest cities in India, the city is beatified with forests, beautiful hills and awe-inspiring landscapes. It's a popular tourist destination that exhibits the real coherency of southern and northern charms. It exhales a foregone charm that has remained untainted till date. Its colourful bazaars and historical monuments elicit the blue-blooded stamp of the yesteryear. 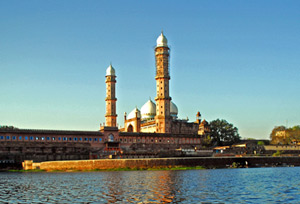 Bhopal is an interesting tourist place in India which can captivate you with its exquisite mosques, old havelis crowded markets, etc., in the old Bhopal and large boulevards and modern buildings in the new city. This city is a tourist delight that has happily managed to retain its green and clean appearance. With an unparalleled attractions and historical places like Laxmi Narayan Temple, Taj-ul Masjid, Shaukat Mahal, Sadar Manzil, Moti Masjid, and Upper and Lower Lakes; Bhopal is considered to be one of the must visit destinations in the state. Also, it's a city of folk and tribal arts that give a village life feel in the state. Over and above, the city is also highlighted for cave paintings, which are worthful for their ethnicity and artistic values.

As per the history, Bhopal was founded by the King Bhoja of Paramara dynasty and was overhauled by an Afghan soldier, Dost Mohammed Khan who was a subordinate of Mughals. In the year 1724, another Mughal nobleman Nizam ul Malik overran the city and ruled Bhopal city. Very soon during Anglo-Maratha war, the Nizams were inhibited by the British. Then in the year 1949, Bhopal city was reined by the Indian government and came under the control of Madhya Pradesh.

Things to Do and See in Bhopal 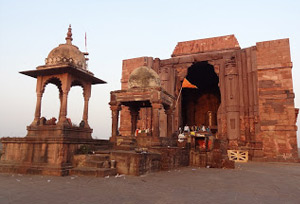 There are huge variety of staying options to choose from- deluxe, standard and budget hotels. Few of them are clustered close to the railway station, which offer excellent facilities with comfortable rooms and modern amenities.

Some of the popular hotels to stay in Bhopal include:

Shopping If you're done with sightseeing activities, then move to the Chowk Area for shopping where you'll several shops to buy Chanderi and Maheshwari sarees, gold & silver jewellery, embroidered clothes and antique products at reasonable prices. The craftsmen of Bhopal make beautiful bags, stoles and slippers of Arabian Nights. So, if you're looking for unique things to buy then do purchase it from here.

Fairs and Festivals Apart from religious festivals like Dussehra, Diwali and Ramnavmi, there are many different events and festivals like National Drama Festival, Dhrupad Samaroh, Bharat Bhavan Summer Festival, and Lokrang, which are celebrated with pomp and gaiety. Several cultural activities like folk dance and songs are organized during these events.

By Air: Raja Bhoj International Airport or Bhopal Airport is located at the distance of 13.3 km from the hotel. Tourists may hire taxi or cab from the airport to reach the hotel. The airport is well connected with rest of the major cities like Indore, Gwalior, Mumbai, and Delhi.

By Rail: Bhopal Railway Station is the nearest railhead, which is located at the distance of 2.1 km from the hotel.