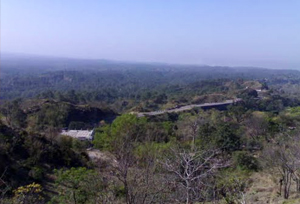 Located close to Chintpurni Temple in Una district of Himachal Pradesh, Thaneek Pura is a small hill station that offers its visitors a pristine hilly beauty of landscapes which is thrilling for both the painters and the photographers. It is situated at an altitude of around 950 meters near Bharwain. Thaneek Pura is a hill station village which is enclosed by the western Himalayan Mountain range in the north and the smaller Shiwalik mountain range in the east.

A big Yajna and Bhandaara are also organized here in which a very popular wrestling competition is held. This competition is attended by famous wrestlers of Punjab, Himachal and other nearby cities. This fair continues till three days. 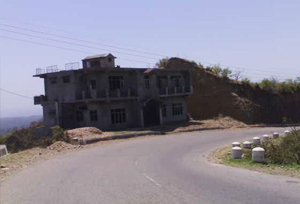 Fairs and Festivals in Thaneek Pura

Krishna Janamashtami Festival- This festival is celebrated in the Radha Krishna Temple that held in the month of August-September. It's a big event conducted on the occasion of the birthday of Lord Krishna.

Guga Navami: It is celebrated in the Guga Zahar Peer Temple during August-September. It's a huge event, which continues till three days. In this fair, a grand Yajna and wrestling competitions are conducted. This event generally falls after Janamashtmi.

Shivratri: Another popular festival which is also celebrated in the Shivalya of the Radha Krishna temple during February-March. During this festival, special bhandara is planned where very exclusive food is distributed.

Other festivals of this region include Lohri, Baisakhi, Diwali, and Dushehra, etc.