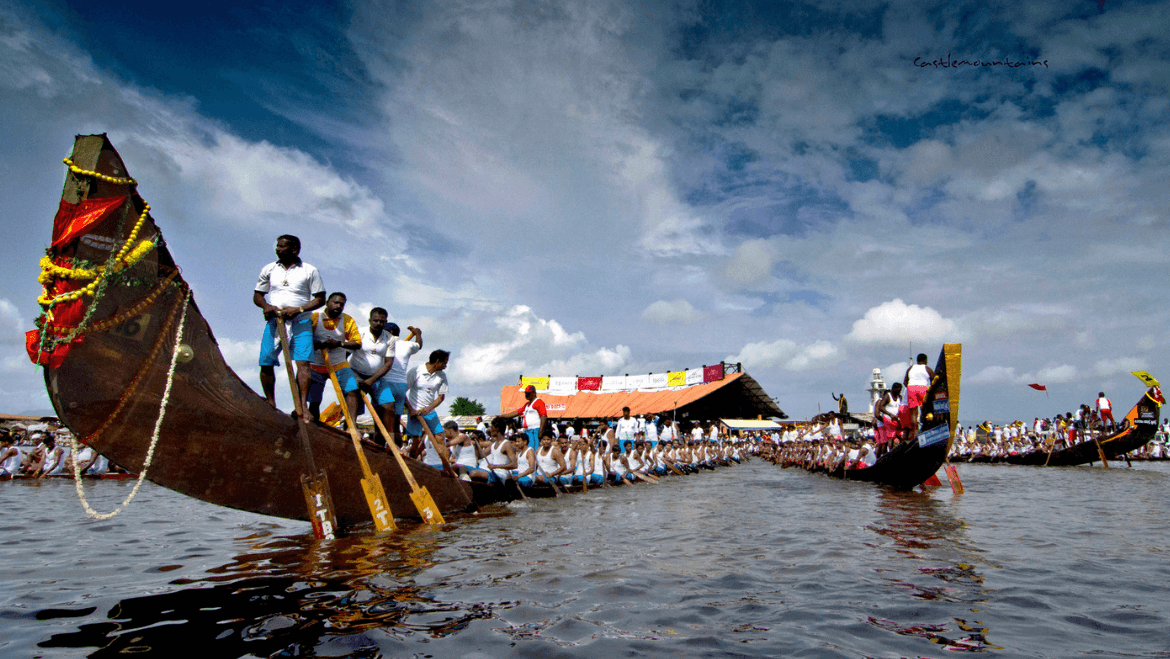 If I ask to pen down your thoughts about Kerala you might classify it as a popular tourist destination, especially for the nature lovers with tranquil rivers, lakes and backwaters that one can witness all around. But Kerala tourism isn’t just limited to the pristine natural beauty as there are thrilling and exciting tales from the land which is sure to fire up your adrenaline. One such exhilarating tale is the Nehru Trophy Boat Race Festival which is held annually in Alappuzha (also called Alleppey) during the monsoon. It is during this season when the moist, rain-drenched and glorious backwaters of Alleppey burst into songs with both local and tourists gathering to witness the biggest battle on the water. So if you have been planning a trip to Alleppey in Kerala, hold on as monsoon gala time is the perfect season for exploring the tradition, culture and beauty of Kerala. Till that time, I will take you for a blissful virtual tour of the much-awaited celebration and also talk about where to stay when holidaying in Alleppey.

The Origin of Nehru Trophy Boat Race in Alappuzha 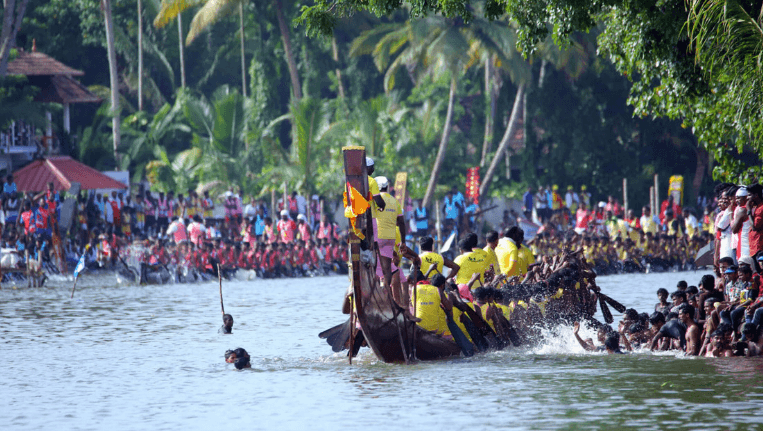 Depicting the rich culture and tradition of Kerala, the Nehru Trophy Boat Race in Alleppey is the most famous of all. The origin of the celebration is linked with Pandit Jawaharlal Nehru when he visited Alleppey from Kottayam in the year 1952 through a Chundan Vallam (snake boat). The people of Alleppey escorted him with an amazing view of the first snake boat race. Thrilled by the exciting snake boat race, Pt. Jawaharlal Nehru on his return to Delhi gifted a silver to the winners of the annual boat race. Later in the year 1964 (on his death) the tournament got its name as ‘Nehru Trophy Boat Race Festival.’

When and Where is the Nehru Trophy Boat Race Held? 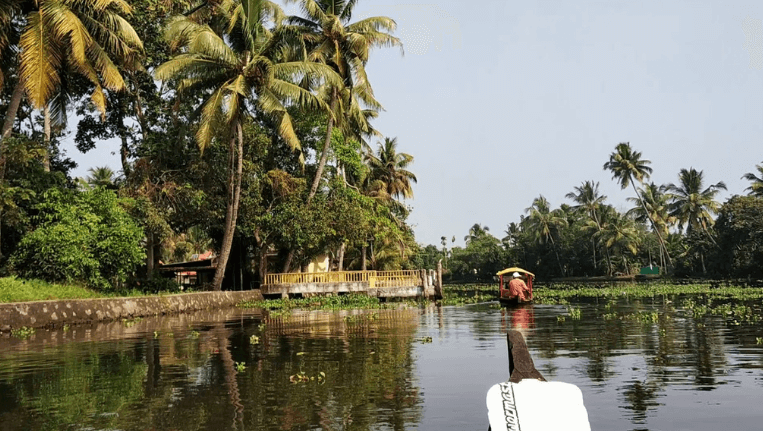 The boat race is conducted every year on the second Saturday of August on the wards of Punnamada Lake (backwaters in Alappuzha). The area is thronged with the locals and tourists who gets an opportunity to witness the true spirit of Kerala. The drum beats along with the chanting Vanchipattu (boat songs) creates an atmosphere of absolute bliss. Besides the boat race, one can even witness a frenzy of other activities like music and folk dance performances. 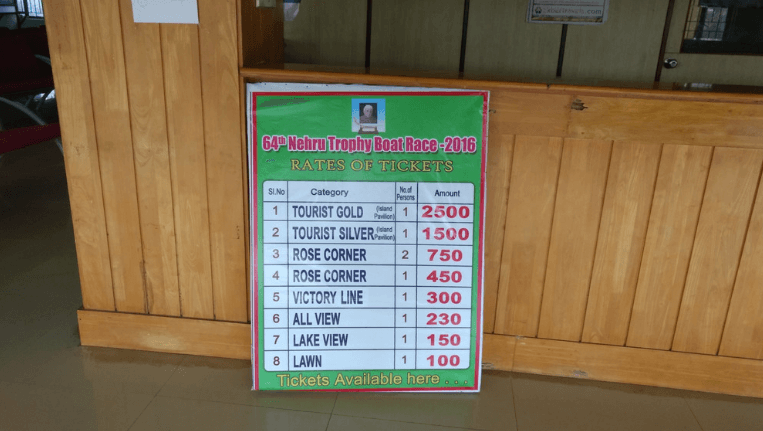 Tourists of all kinds are welcome to attend one of the much-celebrated festivals of Kerala. The tickets for the event range from INR 100 to INR 2500 and tourists can purchase it according to their preferences.  Those who want to get a clear view can opt for the higher rate ticket like Gold (INR 2500) and Silver (INR 1500). Tickets can be purchased from authorized retail outlets (Government Departments), and authorized ticket counters of tourism information office. In addition to this, tourists heading to the festival keep in mind certain things in order to avoid any inconvenience. Mentioned below are some of the do’s and don’t that one has to follow.

How to Reach Alappuzha? 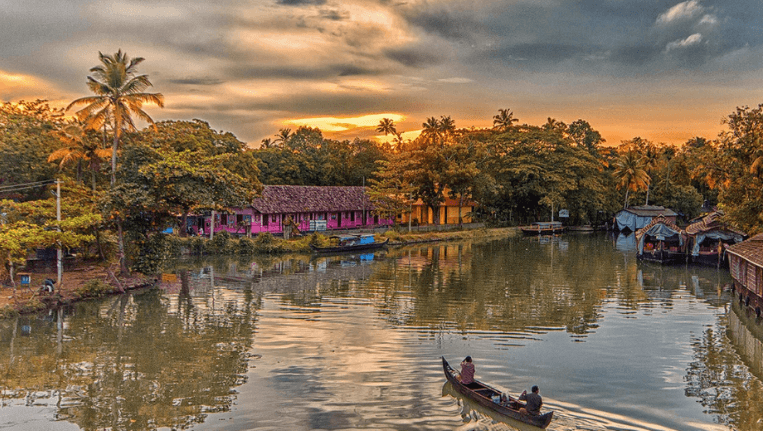 The nearest airport is Cochin International Airport which is located at a distance of approx 83 km from Alleppey. From the airport, one can hire a taxi service which would be reliable and hassle-free.

Alleppey has its own railway station which is well-connected to the major cities of the country including Trivandrum, Cochin, Vellore, Coimbatore, Chennai, Delhi, and Mumbai. From the railway station, one can hire a taxi or rickshaw to reach the final destination in Alleppey.

The bus is yet another convenient option to travel to Alleppy. The NH 66 passes through the city connecting it to other major cities like Ernakulam, Kollam, Coimbatore, Thrissur, and Trivandrum via Kerala State Road Transport Corporation. Also, tourists can even avail the private bus services from Chennai, Mysore, Bangalore and Coimbatore to Alleppey.

Where to Stay in Alappuzha? 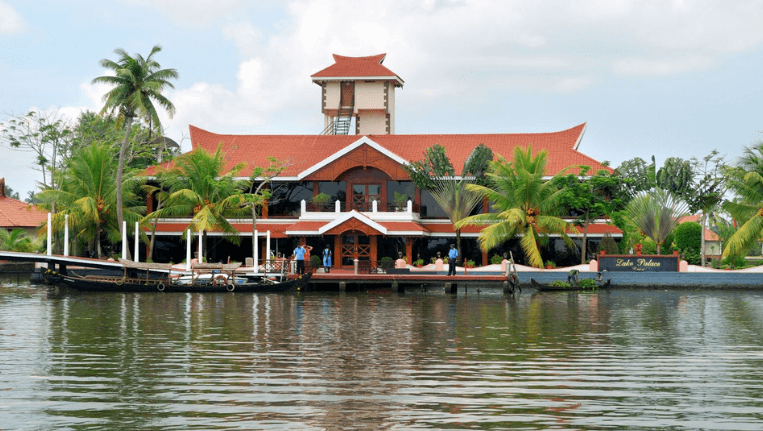 When it comes to choosing the accommodation option, Alappuzha has the best resorts & hotels that are an extension of the breathtaking picturesque backwaters of the destination. From luxury to budget, here are some of the most exotic resorts that you can choose from when holidaying in Alappuzha.

In addition to this, you can stay on a traditional houseboat and enjoy cruising along the canals.

What is a Snake Boat? 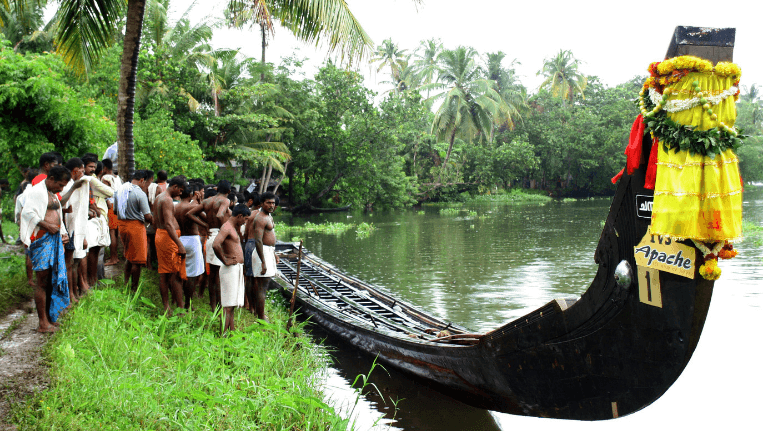 Ah, the race has nothing to do with snakes. The event got its name because of the boat that has a peculiar canoe shape resembling a snake. These snake boats are 100 to 120 feet long and have the potential to hold up to 100-125 rowers, 4 navigators and 25 singers. Each of the villages has its own snake boat and they take huge pride to participate in it along the lakes and rivers.

The History of Traditional Snake Boat Races in Kerala 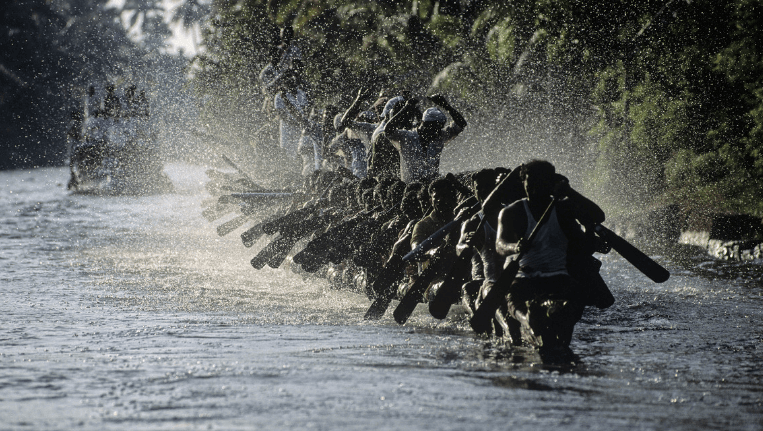 Originally known as Chundan Vallam, Snake Boat Races in Kerala was first introduced in the early 14th century by King Devanarayan of Chembakassery.  It was back in that time when kings used to indulge in a battle with each other in their respective boats. Meanwhile, King Devanarayan had to suffer a huge loss in the war and asked the boat architect to build him a boat in a much better way. The architect presented a well-designed Snake Shaped Boat which offered the king success in every war. Years later, the natives started Snake Boat Races as a cultural celebration in Kerala which holds the utmost importance to them. 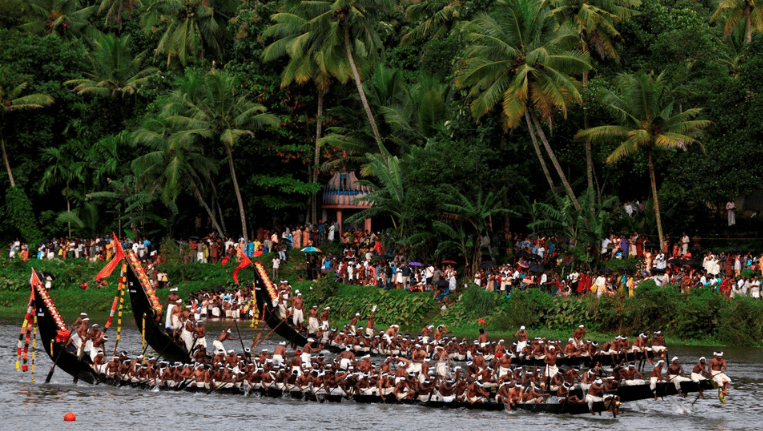 Yet another popular boat race, Champakulam Moolam Boat Race marks the celebration of the installation of the idol of Hindu God Lord Krishna in Shree Krishna Temple in Ambalappuzha.

Where: On a river at Champakulam, approx 25 km from Alappuzha

It is a two-day religious occasion which is celebrated in remembrance of the day when Lord Krishna crossed the Pampa river.

Where: On Pampa River at Aranmula, approx 50 km south of Alappuzha

The oldest snake boat race, Payippad Jalotsavam is celebrated on the honour of the installation of the idol of deity Kartikeya also known as Subramanya in Subramanya Swamy Temple.

Where: At Payippad Lake, approx 35km away from Alappuzha

With this, I would wrap up the blog. If you are planning a trip to Kerala for attending the Alleppey Boat Race Festival, booking your trip with Tour My India will let you get the best travel experience to cherish for a lifetime. If you need any assistance in knowing about Kerala Tour Packages or any other information, call us at +91-8744012050/87. You can even drop us your queries at info@tourmyindia.com. Our packages are meticulously created that suits the needs and preferences of our clients.