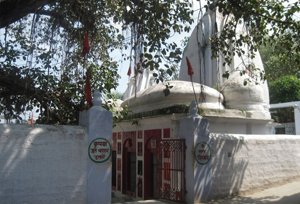 Around 8 km from Paragpur Village of Kangra District, Kaleshwar Mahadev Temple is a popular pilgrimage site in Himachal Pradesh. Lord Shiva is the presiding deity of this temple. The temple is also known as Kalesar and the Shiva worshipped here is believed to be the Maha Rudra of Mata Chintpurni. During Maha Shivratri festival as well as in the month of Shravan (Hindu Month) a huge number of devotees throng at this place. The temple is found on the bank of the River Vyas and appears as a perfect meditating spot. A Hindu Cremation Ghat is seen next to this temple.

Other Attractions in Kanga