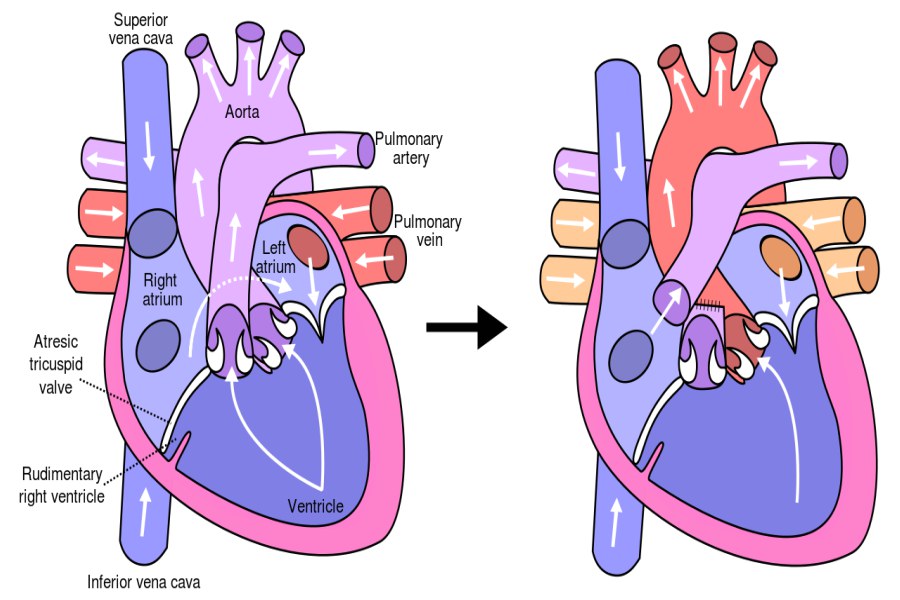 Fontan or Fontan Kreutzer procedure is a paediatrics cardiac surgery which is done as a final surgical step for babies with hypoplastic left heart syndrome or HHLS.

In other words children with congenital cyanosis or blue blood syndrome have their atrial and ventricular blood mixes up leading to abnormalities in lungs circulation as their oxygenated and deoxygenated blood mixes up. Fontan is the final step in the surgical procedures to improve redirecting of the blood flow into ventricles.

What are the physical conditions benchmark for this surgery?

As the operation is tricky and is completely invasive, there are certain stringent physical benchmarks which are necessary for the operation. The operation works best in case of:

The pulmonary arteries are in good condition

There is minimal pulmonary vascular resistance.

There are several types of ways in which a font and operation can be done. The types mainly depend on the nature of the heart defect. The three main ways of ensuring blood flow back are:

The steps followed in this procedure are

The steps followed in case of lateral tunnel fontan are

This procedure is now rarely used, however the steps are given below

Why is it done?

Babies born with congenital heart defects have abnormality in the ventricular septation leading to admixture of blood. The key issues that may lead to the blood admixture cover the below:

Note that fontan is recommended only in extreme cases where the regular less risky repair methods aren’t able to provide the required results. With this procedure the key objective is to enhance the flow of oxygenated blood and reduce the flow of venous blood to bring down the heart’s workload.

Congenital heart defects are defects of heart which were present at the time of birth does there are chances that your doctors will diagnose the defect during the time of childbirth. However, in case the child delivery was normal here are the symptoms which indicates towards heart defects.

As this is an invasive cardiac surgery one or two days before the schedule surgery did the patient needs to come and get admitted into the cardiac ward for the preliminary tests.

The risks associated with fontan surgery are

Generally post surgery the hospital stay is around one to two weeks.

This is an elaborative cardiac surgery which requires around 4-5 hours for completion and it is done while the patient is under anaesthesia.

The estimated cost for fontan surgery in India is much lesser than other parts of the world. The comprehensive cost includes charges of

Although light to moderate exercise is permissible, heavy strenuous exercise should be avoided. It is recommended to check with your physician before enlisting for intense gym sessions.

Pregnancy involves stress and changes in the cardiovascular cycle which might risk the foetus health. Ask your doctors opinion and avoid complications

Once the surgery is done you will be required to visit cardiologist on a regular basis and undergo regular check-ups.

Although bit lower than the normal population post surgery if properly cared can live long and healthy life up to old age.

Generally the patients are around the age 1.5 years to 4 years. However it can be done for adults with heart defects as well.